We flew to Mombasa with private cash donations and stocks of medical equipment, destined for the drought struck refugee area of Dadaab. In a rented Toyota RAV4 we drove via Malindi and Lamu to Garissa in North-Eastern Kenya. The area is 95% Somali inhabited and looks and feels totally like Somalia.
This is part of the current FCO travel warning:

“In July 2009, three aid workers were kidnapped from the Kenyan border town of Mandera and taken into Somalia. In November 2008 armed groups based in Somalia crossed into Kenya near the town of El Wak and kidnapped two western nuns. It is not known why the aid workers or the nuns were targeted. Any travel to remote areas or border regions could put you at risk of being the target of attacks or kidnappings. We advise against all but essential travel to within 30 km of the border with Somalia. There remains a high threat of clashes between the Kenyan military and armed Somali groups along the border. There have been recent attacks on the border town of Mandera by Somali militias. You should take precautions for your personal and vehicle safety and travel in convoy in remote areas. If you visit Lamu Island, do so by air if possible. This is for security reasons and also because of the bad road conditions. Buses and other vehicles on the road to Lamu have been attacked by armed robbers in the past and overland travel from Lamu to Malindi should only be undertaken in an armed police convoy.”

In our view it was NOT a problem to self-drive to Lamu and Garissa, even without an escort/guard, however the 100km road from Garissa to Dadaab poses a risk of “shifta” (bandit) attacks and east of Dadaab itself it does indeed get very dangerous (we heard of many robbery incidents from various sources and saw one “shifta” pick-up ourselves but managed to speed away).

Dadaab is a collection of three camps, Ifo, Hagadera and Dagahaley. The camps cover a total area of 50 square km and are within an 18 km radius of Dadaab town. With a capacity of about 90,000, the camps host over 440,000 refugees as of July 2011 (and is expected to reach 450,000 by the end of the year according to Médecins sans Frontières). These population figures rank Dadaab as the largest refugee camp in the world. (Source: Wikipedia)

We bought 8,5 tons worth of food and water in Garissa and had it driven by truck to Dadaab. 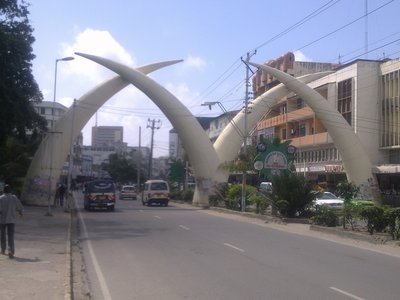 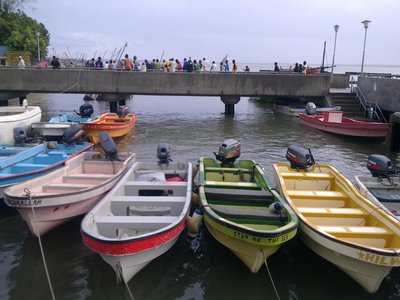 Short stop in Lamu. Thanks to Jo, Lydia, Winnie and Abbas! 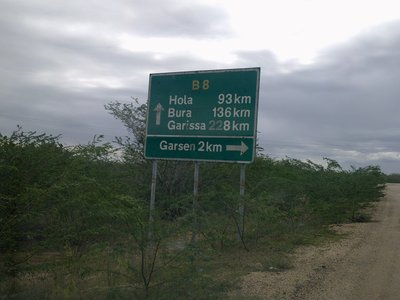 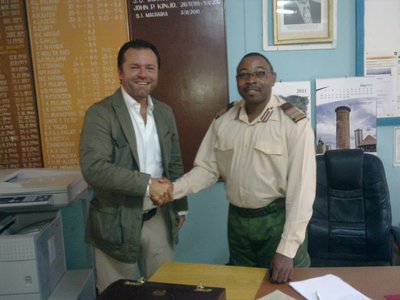 Getting official permission from the friendly District Commissioner in Garissa 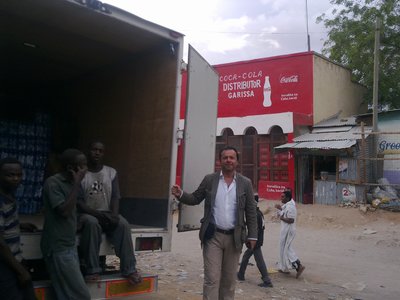 Loading 8,5 tons of aid (food and water) on a truck in Garissa 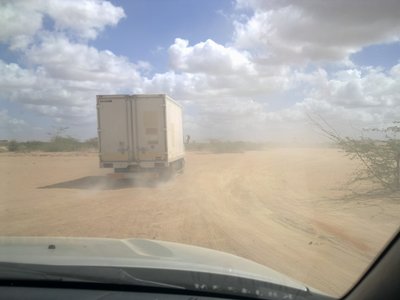 Following our truck to the most remote refugee camp 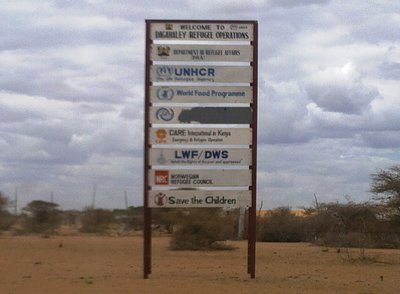 UN and NGOs at Dadaab / Dagahaley 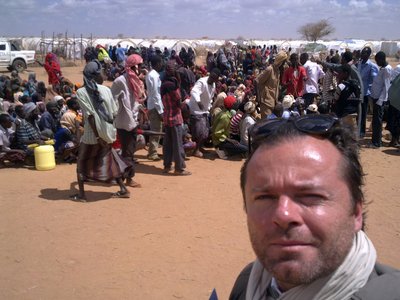 At a new tented refugee camp 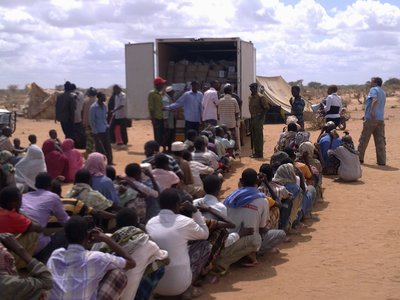 The offloading was quite disciplined initially, thanks to the competent chief of police and his askaris 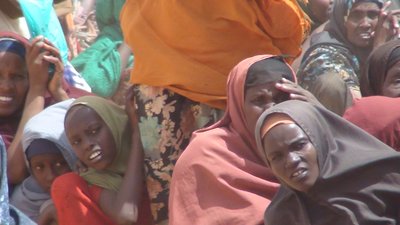 New arrivals in the refugee camps 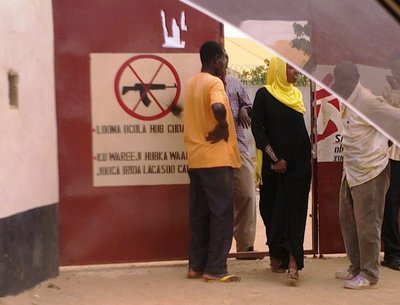 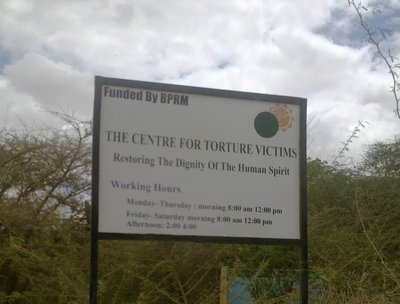 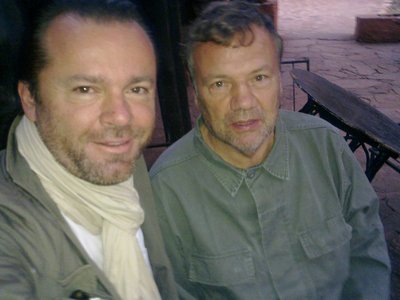 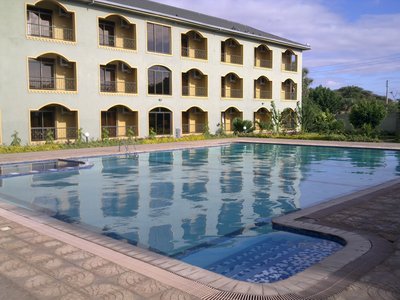 Doing good business with the aid industry: the heavenly “Almond Resort” in Garissa. 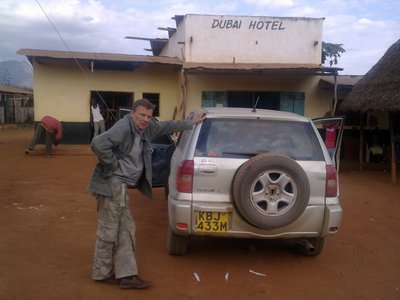 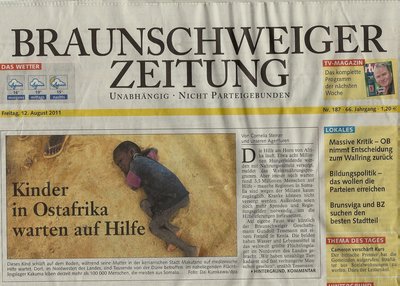 And on SAT.1 Television:

Background Information: Aid and Security in Eastern Africa (click) and The US Naval Base in Lamu (click)

2 thoughts on “Aid Drive to Dadaab, the Somali Refugee Camps”