Two Players in the Conflict Country

In the current civil war situation, Benghazi Airport is not yet operational again for commercial flights, so we had to take the long road from Cairo. It is 800 km to the border town of Salloum and another 700 km to Benghazi, all asphalt and mostly surrounded by desert with short interruptions of soldier’s graveyards (El Alamein, Tobruk, etc). In theory we could have taken the official shuttle buses, brand new Mercedes Vitos, that connect Cairo and Benghazi as a lifeline and qualify as the most comfortable bushtaxi in all of Africa. Instead we rented a Mitsubishi Pajero and enjoyed going highspeed on the empty Egyptian highways through the black night. 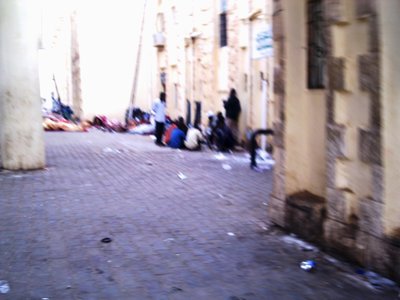 Refugee crisis at the Salloum border

At the border, we witnessed the massive tented town surrected by the UN for those unfortunate foreign refugees that fled the conflict eastwards, lacking funds, visas or a strong passport and got stuck. Terrible time killing in miserable conditions. Even the custom halls were full of people, mostly Africans, sleeping on the floor and we literally had to jump over them when we crossed early in the morning. Even ‘strong’ countries like England had handwritten posters with emergency telephone numbers put up on the walls, in most cases embassy contacts in Cairo. 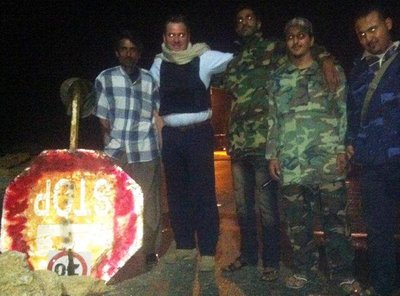 There are a dozen ‘rebel’ check points on the road to Benghazi. Note the steel helmet on the pole…

The border post is now run by the ‘rebels’ that captured the East of Libya from Colonel Gaddafi and only operates for people accredited on official missions or holding a press card (you don’t need a visa), so we prepared some paperwork and dress that made us look like journalists. We didn’t fail the interrogation and were through the border within two hours including hiding our rental car in no-mans land. As further preparation we carried some bulletproof vests and satellite phones. I was worried about reports that foreigners had been tortured and in rare cases killed when the rebels had suspicions about spy activity, but our press ‘cover’ held. Taking the border was our first ‘mission accomplished’ and I had gotten my revenge on the old regime that two years ago refused my entry at the Western border, on the grounds of “unusual travel pattern”, although I carried a proper visa at the time. “Unusual travel pattern…”. I like that term 🙂 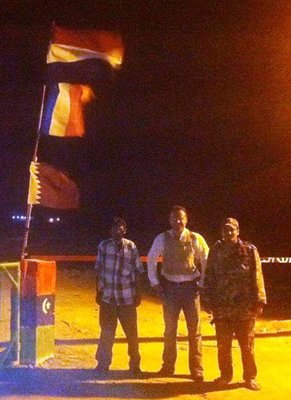 At a ‘Rebel’ checkpoint: carrying the flags of their favourite supporting nations (Germany, France, Qatar)… Me carrying a bulletproof vest.

Next thing, we hired a local driver for US$ 150 who took us speedily and safely to Benghazi in 6 hours on the coastal road. There are about a dozen rebel check points, mostly friendly, but grimly equipped with arms from tanks to anti-aircraft machine guns. We didn’t encounter any battle activity, not even higher tensity, as the frontline is now further south. But the most direct route between the border and Benghazi is still considered unsafe and not in use. 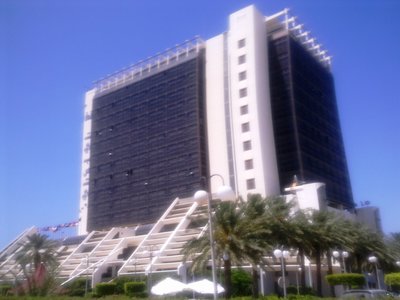 The Tibesti Hotel in Benghazi from the outside … 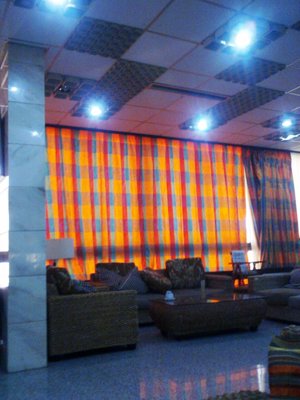 In Libya’s provisional new capital we stayed at the Tibesti Hotel which is the local Grande Dame and features the typical atmosphere of a conflict zone hotel: camouflaged security, UN people, local rebels turned politicians, businessmen, some shadier guys looking like mercenary brokers, the inevitable journalists – and the two of us. The 70s style interior asks for a renovation. The food buffett is good, if you haven’t eaten properly the whole day. Staff is extremely friendly. Somehow I liked the Tibesti, even if in other countries it would be called ‘a bit seedy and run down’. 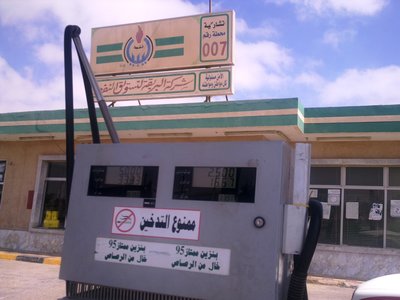 007 Petrol station in Libya: a whole tank filling costs less than a Euro

The city itself, although one of the most garbage-infested I have ever seen, bristles with joy and positive atmosphere after their victory against Gaddafi’s troops. Every evening there is a huge celebration on the main square Maydan al-Shajara. Many men wave their guns and I was happy not to be hit by a shot of joy. French President Sarkozy is a ‘national’ hero, because he saved the inhabitants when his airforce struck Gaddafi’s tanks on the outskirts seven hours before the other Nato countries and thereby prevented another bloody Battle of Benghazi, in this city that already witnessed tragedy in WW I and II. 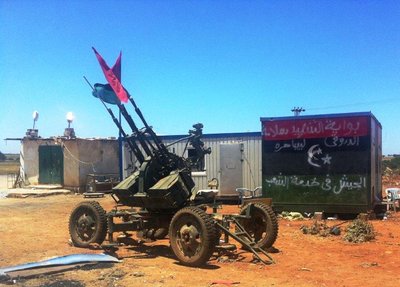 Our local fixer / driver was actually an ex-Gaddafi commando turned rebel, turned new-government-army, now turned taxi driver, guide, translator. He heavily criticised Gaddafi (of course) for spending too much money on all sorts of African conflicts like in Chad and Rwanda, but too little in Libya and not creating enough jobs. For trading oil against arms with Russians. For selling concrete to Israel who build a wall against the Palestinians. And for having too many women on the side… And our fixer obviously didn’t even know what Bunga Bunga means … Well, as most people in power would probably fail those moral tests, I thought to myself that meeting Gaddafi personally still remains very high on my to do list. After all, he is one of the most charismatic statesmen in our lifetime, maybe on a par with Fidel Castro. 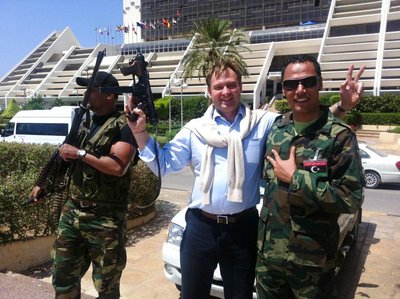 Harald ‘fires some shots in the air’, using a ‘rebel’ submachine gun

The stories of Gaddafi-ordered mass rapes supported by tons of imported Viagra sound like cheap black propaganda to me. Truth is the first casualty in any war … 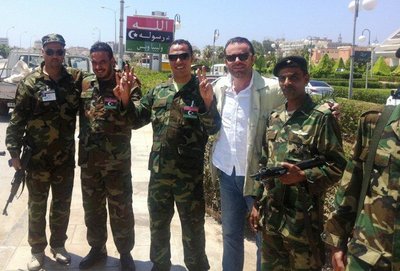 On our own casualty side we only had one car break down in Libya and one exploding fire extinguisher in the back of our rental 4×4. But the general situation in the area is a lot more stable and friendly than expected. Extraordinarily friendly, those Libyans, thanks a lot!

Remains of two Palmaria heavy howitzers of the Gaddafi forces, destroyed by French airplanes on the west-southern outskirts of Benghazi, in Opération Harmattan on March 19, 2011. Source: Wikipedia 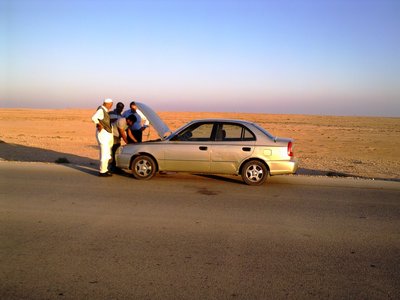 Minor casualties in the desert

To be honest, we felt safer in Libya than in Egypt. On the way back we made a quick detour to the famous Siwa Oasis. It was deserted. No tourists whatsoever and the two top hotels Adrere Amellal and Taziry Ecolodge were closed. One can only wish that things turn for the better in the now ‘free’ Maghreb countries. 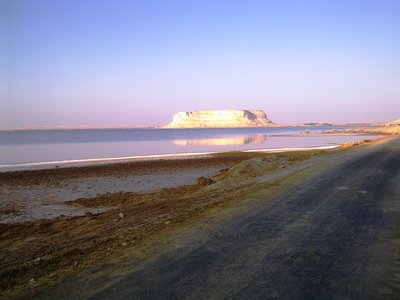