For the first time, members of all three leading travel collectors’ clubs TCC, MTP and TBT met for a global get-together, the ETIC. 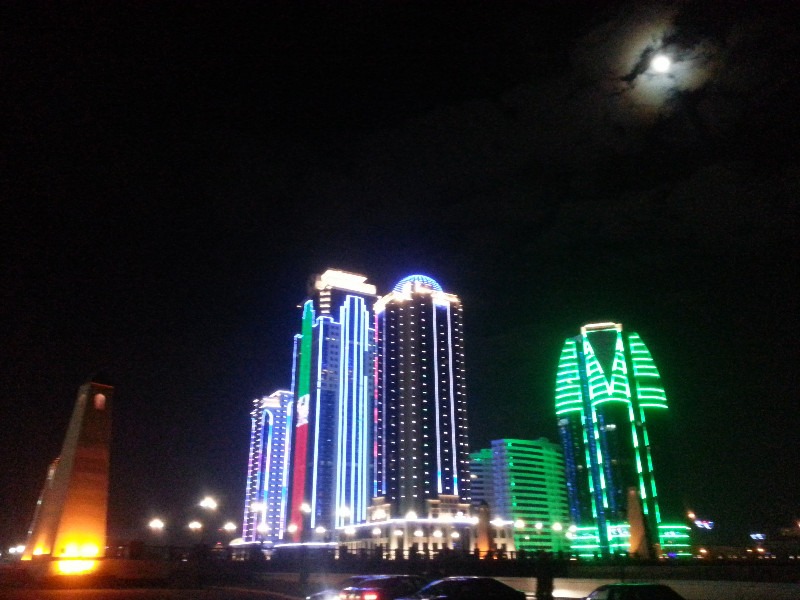 Chechnya is in a miraculous development mode, similar to Dubai or Doha:

This is the construction site of the new 400+ (!) meters high “Ahmat Tower” and the adjacent “Grozny Mall”: 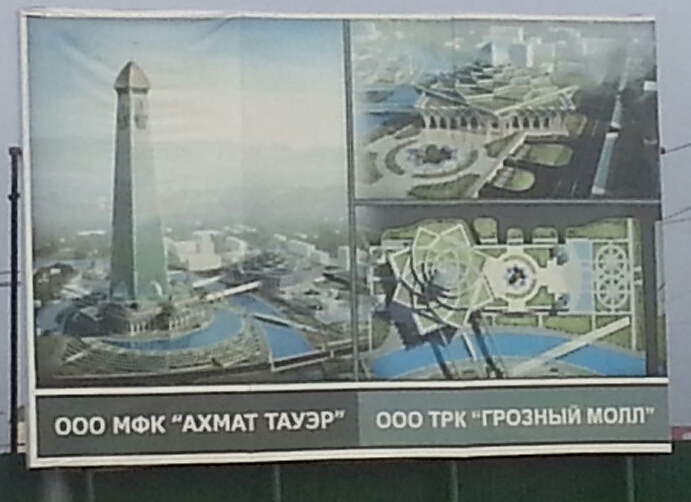 Chosen venue and basecamp for excursions was the 5* Hotel Grozny City: 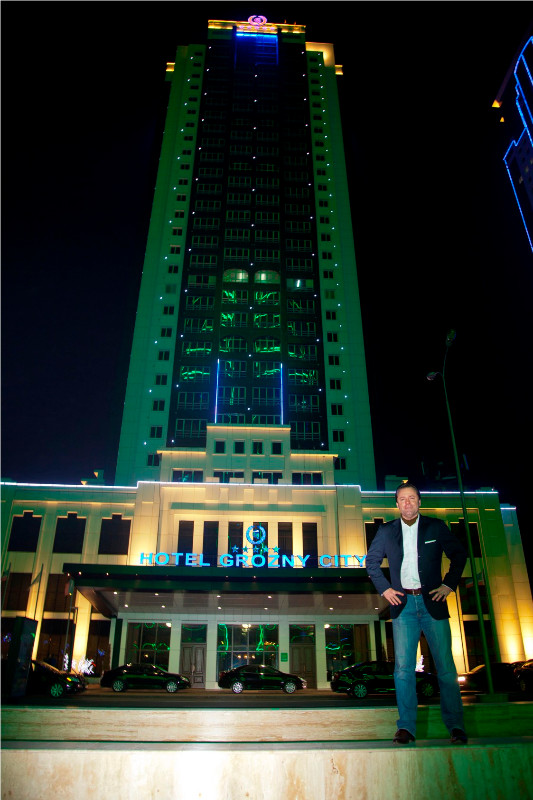 Entrée to the 32. floor Sky Bar cocktail reception and dinner on Friday 10. October: 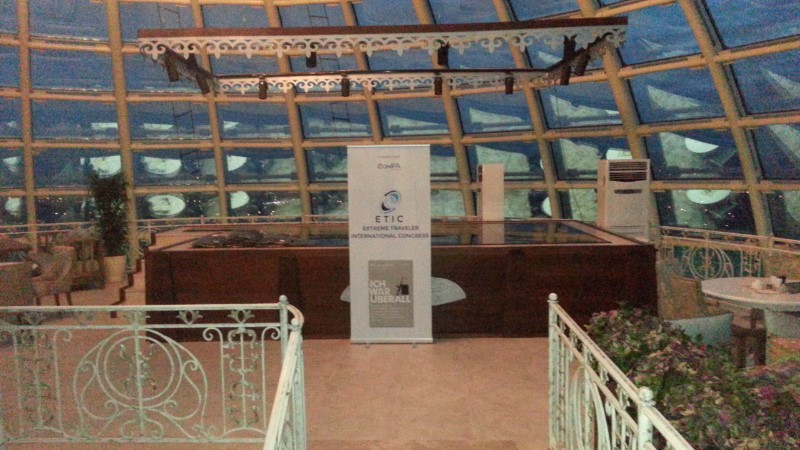 Video impression of the venue, before the start: 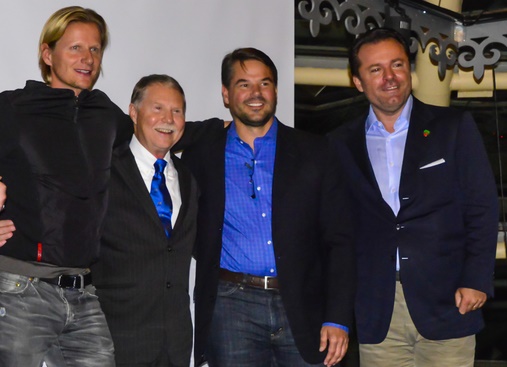 Group foto with the Chechen Minister of Tourism, Mr. Amroudi Edilgiriev, and most of the 30 ETIC participants: 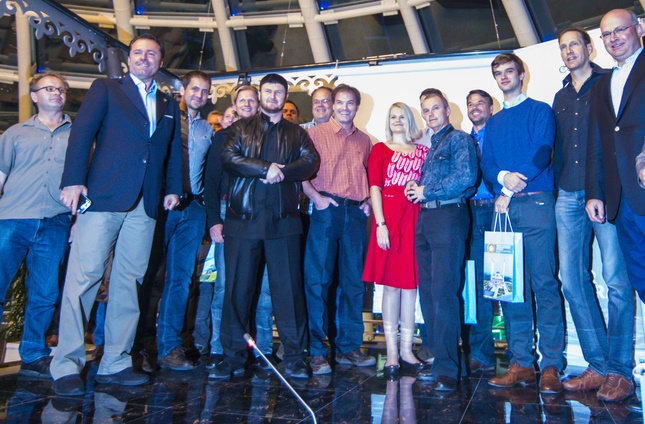 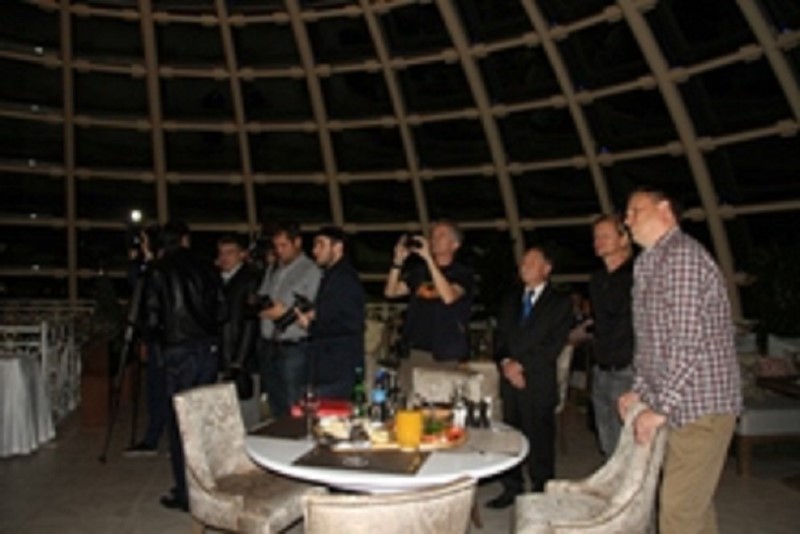 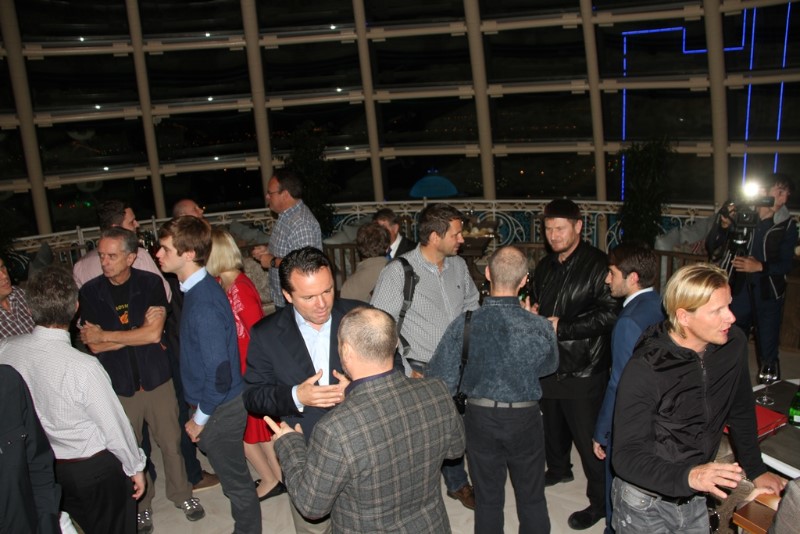 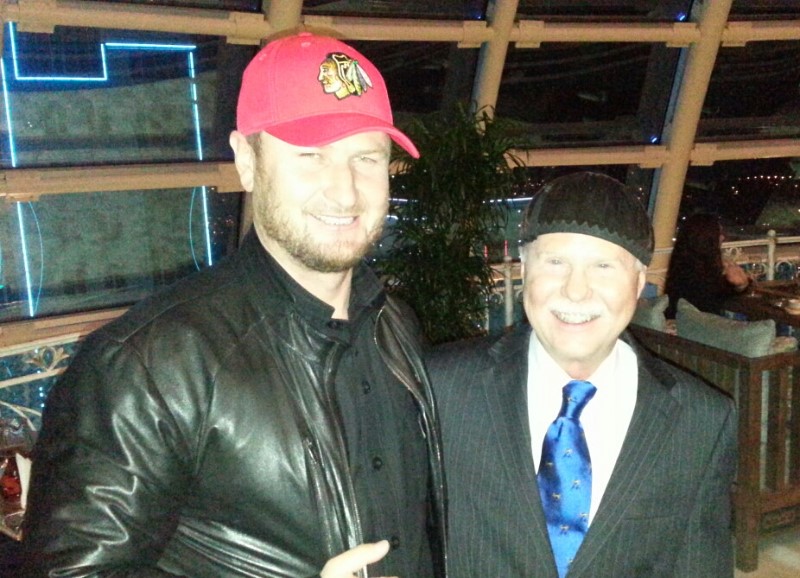 The Tourism Minister with Charles Veley, founder of MTP and the spiritual father of all country collectors: 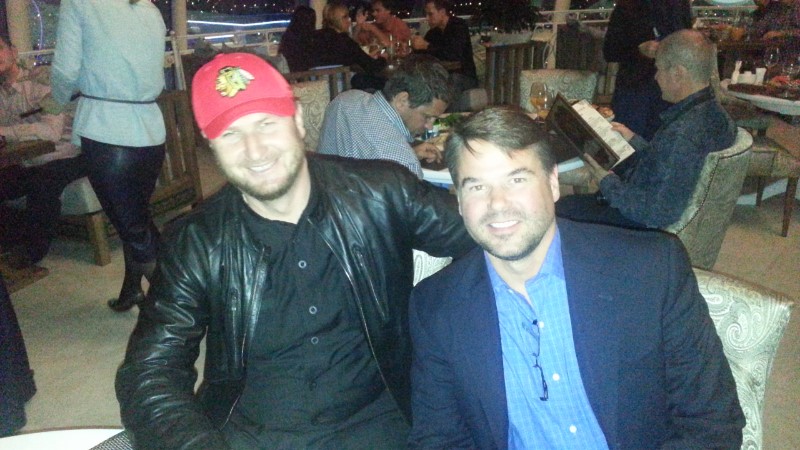 Saturday excursion to Lake Kezenoy, high up in the Chechen Caucasus Mountains … 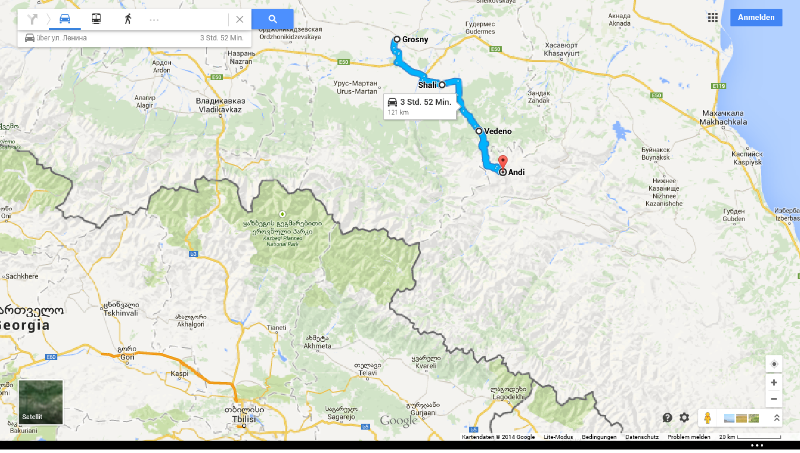 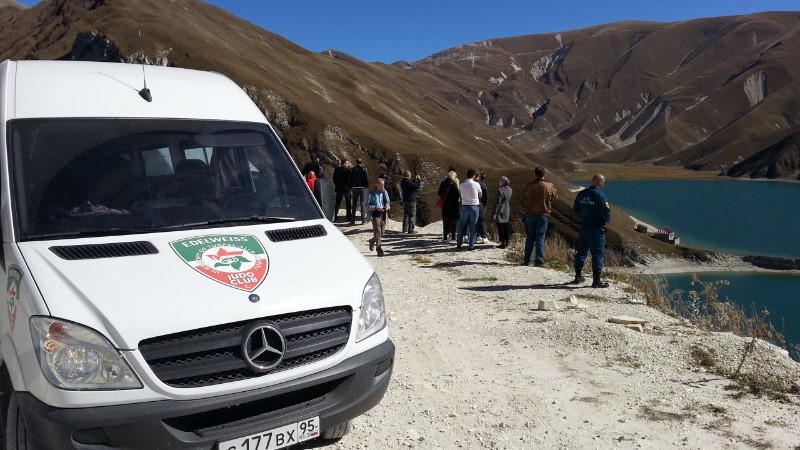 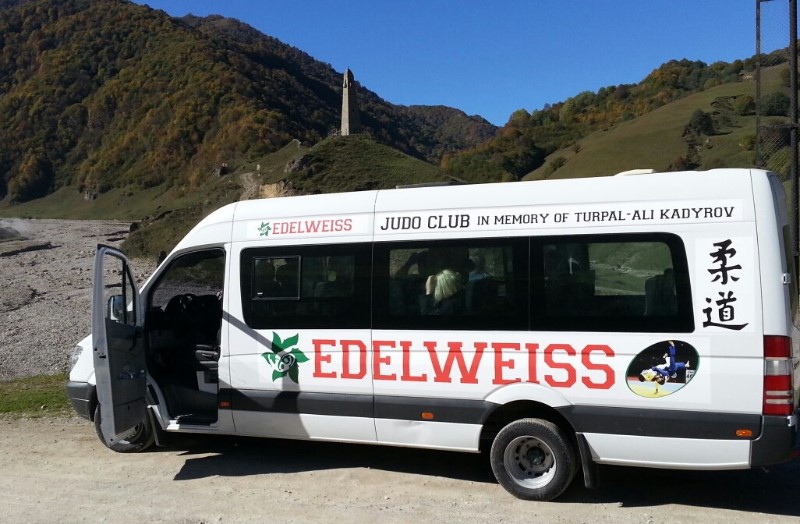 … again with a local TV team: 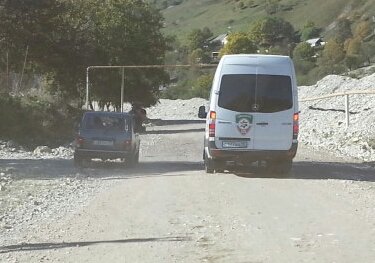 Charles Veley at a Chechen historic village & museum between Argun and Shali: 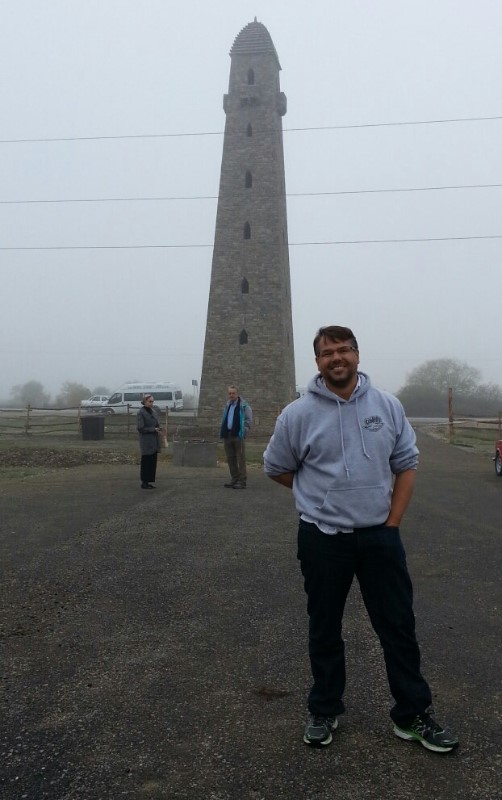 Group foto at the monument to a 19th century Chechen rebel against czarist rule: 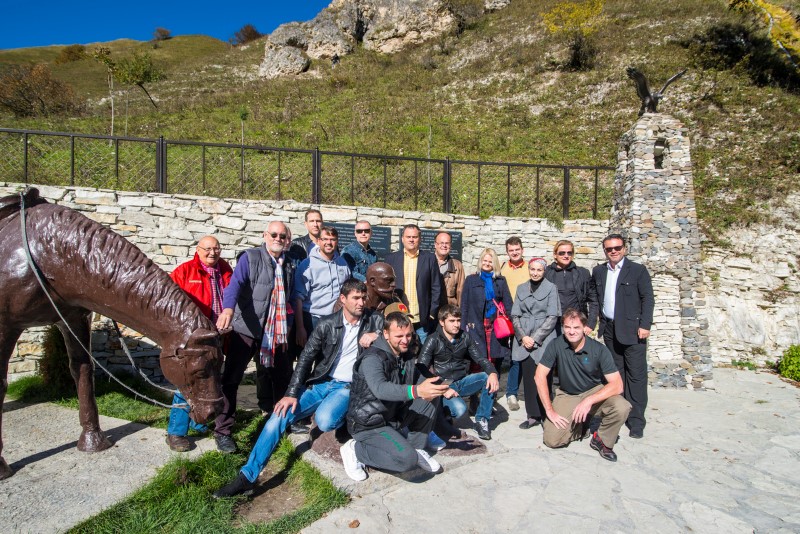 Driving through Vedeno village
(it’s interesting to read the biased Western travel warning propaganda about Chechnya and this place in particular, e.g. here on wikipedia:
“The Vedeno Gorge is considered one of the most dangerous regions in Chechnya. In the mid-19th century Imam Shamil led his guerrilla army in a twenty-year war against the Imperial Russian army and fought a last stand in the anonymous mountain village of Vedeno. Shamil Basayev was born in the village of Dyshne-Vedeno, near Vedeno, in south-eastern Chechnya.” ) 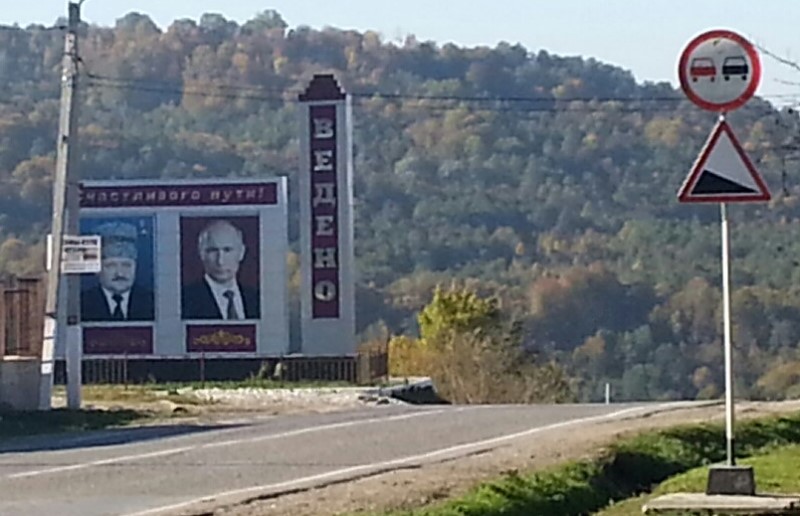 An old Chechen fortified observation tower high in the mountains: 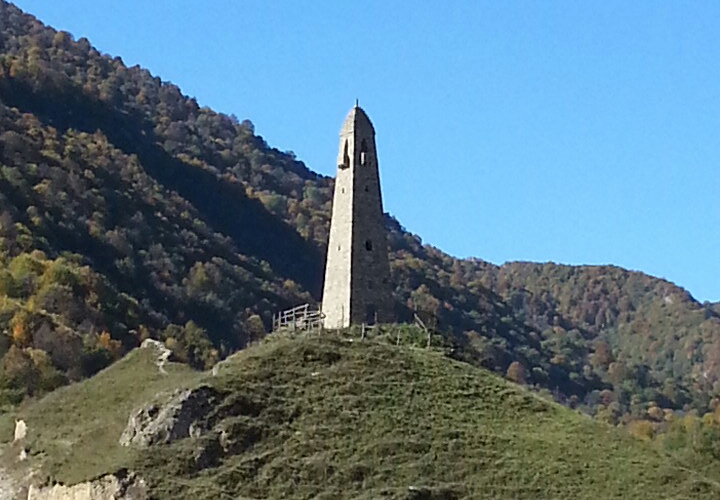 After three hours driving, this sign is at 2.000m above sea level, and exactly on the border between Chechnya and Dagestan:
(Lake Kezenoy in the left background) 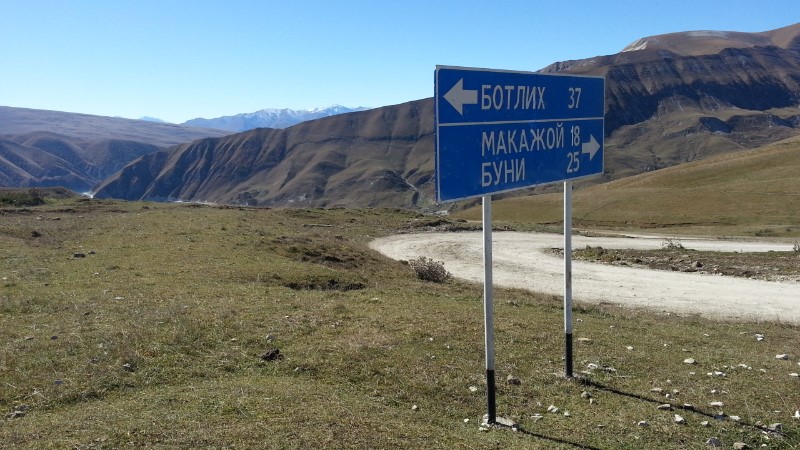 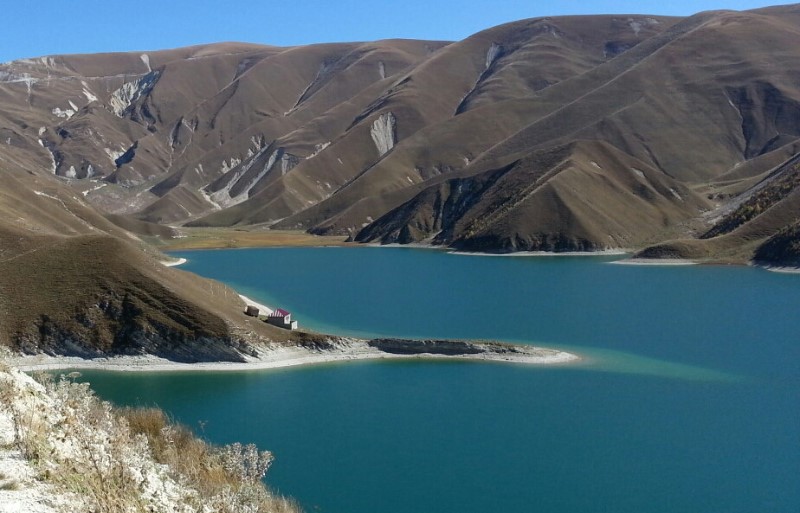 The brandnew Lake Kezenoy Hotel & Villas and its Sports Sanatorium at 1.800m: 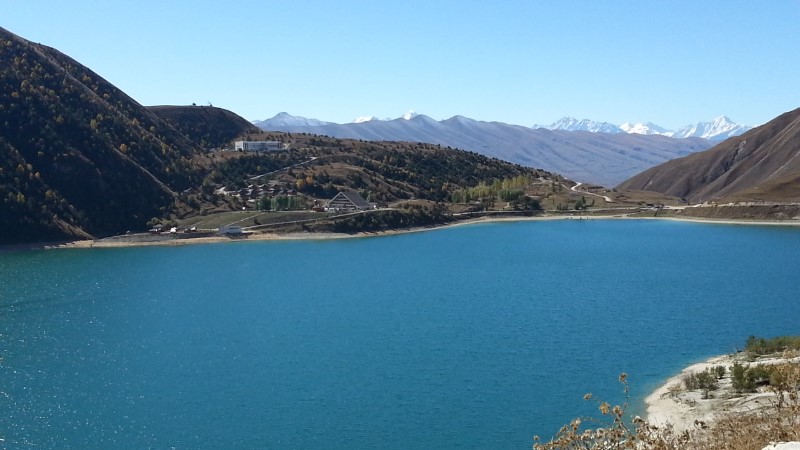 With a collection of ancient Chechen swords and pistols: 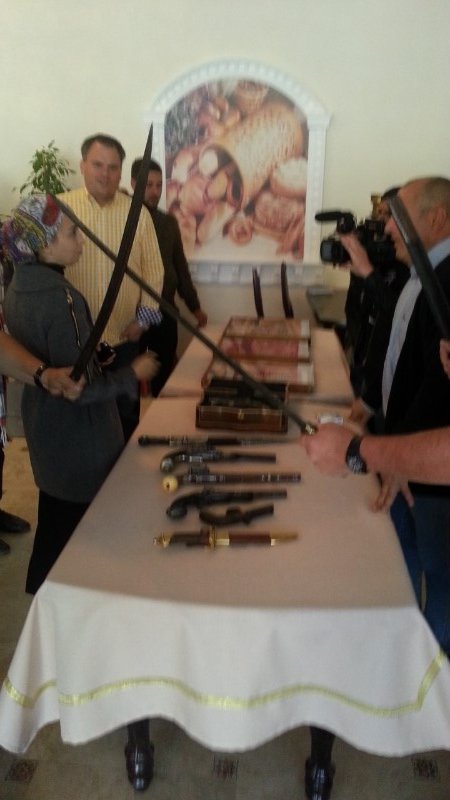 Back in Grozny: great folklore performance by Chechen children singers and dancers 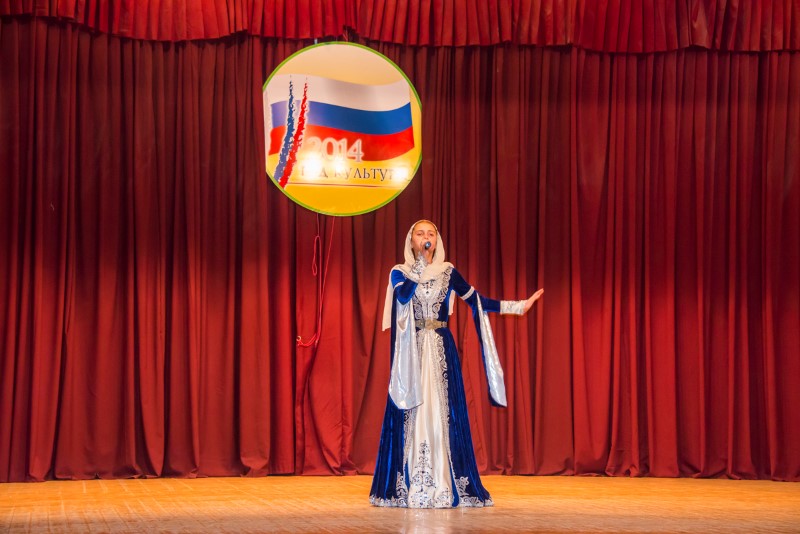 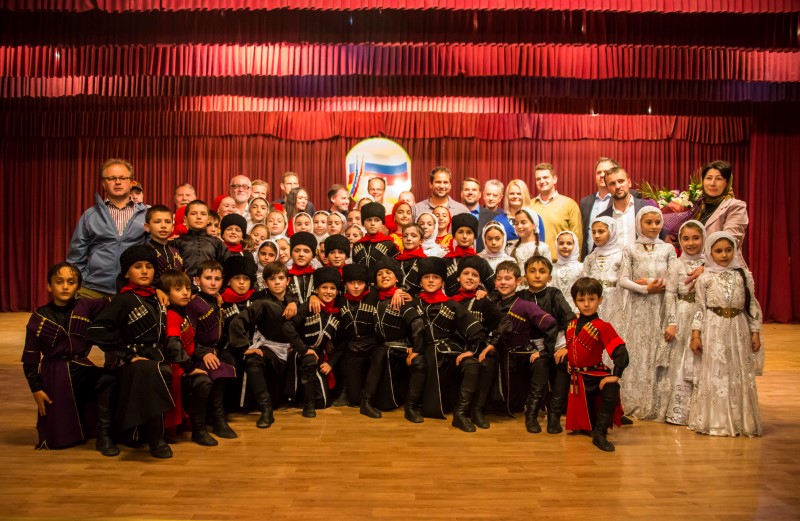 Farewell dinner on Saturday, 11. October at Maidan Restaurant, back in Grozny: 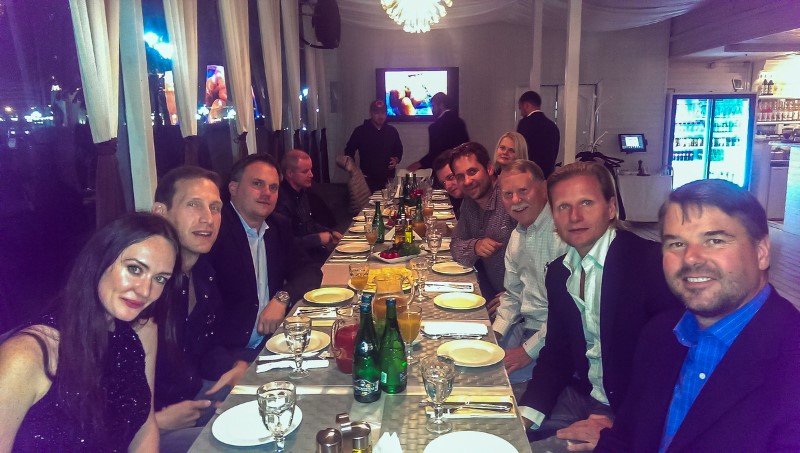 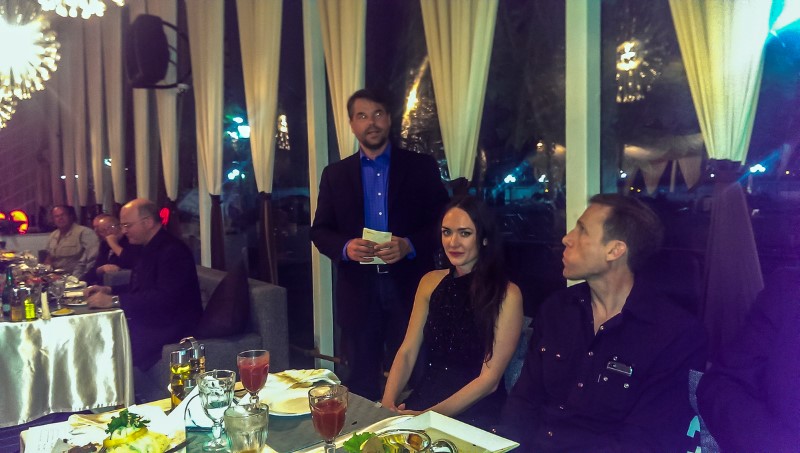 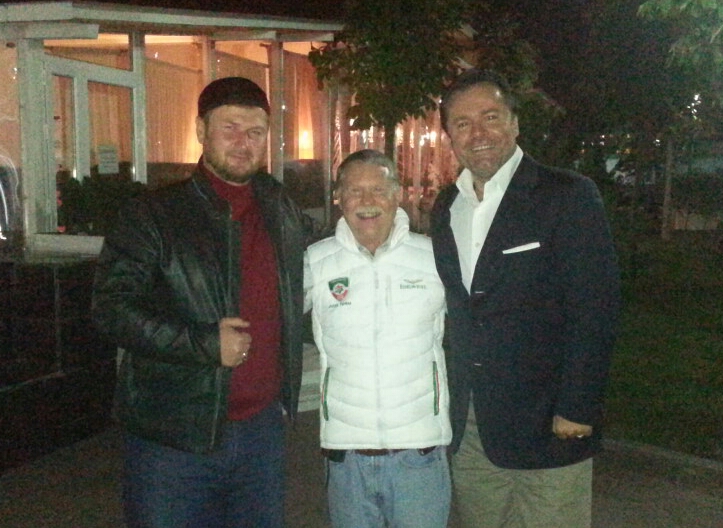