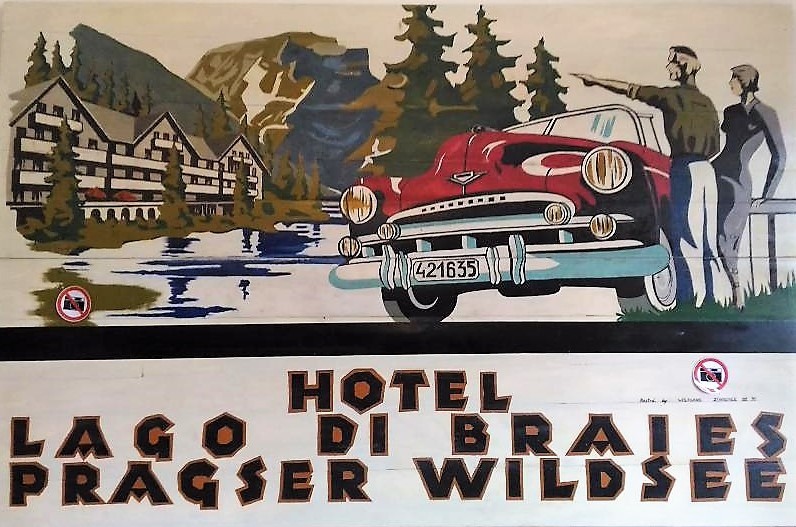 Pragser Wildsee (or Lago di Braies in Italian) is one of the most beautiful lakes in the Alps, however it is not so easy to reach. 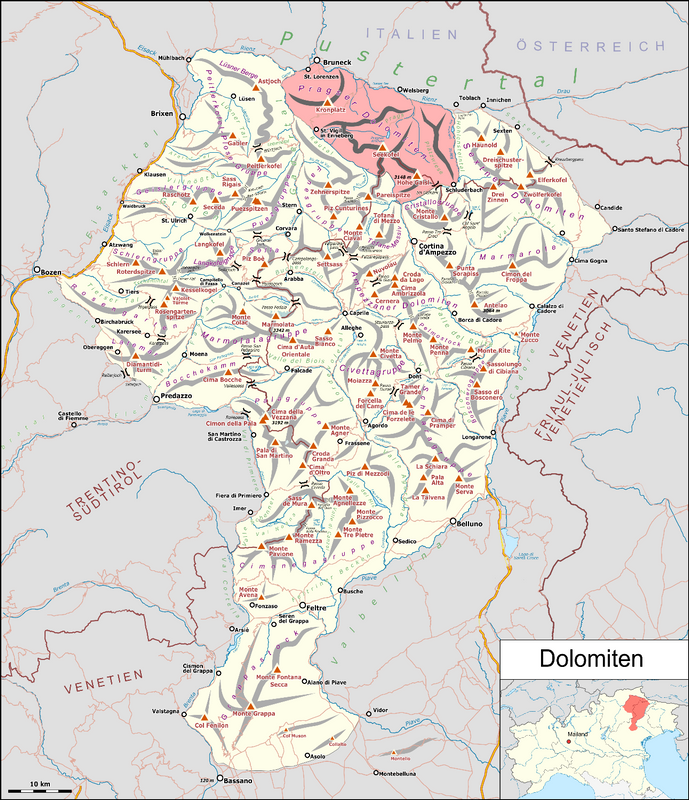 The Pragser Lake & Mountains are located in South Tyrol, in the Dolomites around the Pustertal Valley, between Bruneck and Cortina d’Ampezzo, close to the Austrian Border. 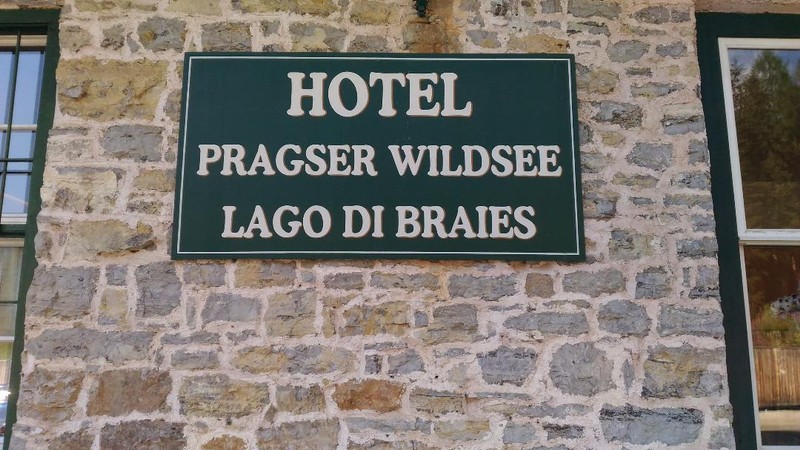 South Tyrol is the German-speaking part of Italy, therefore all signs are bi-lingual. 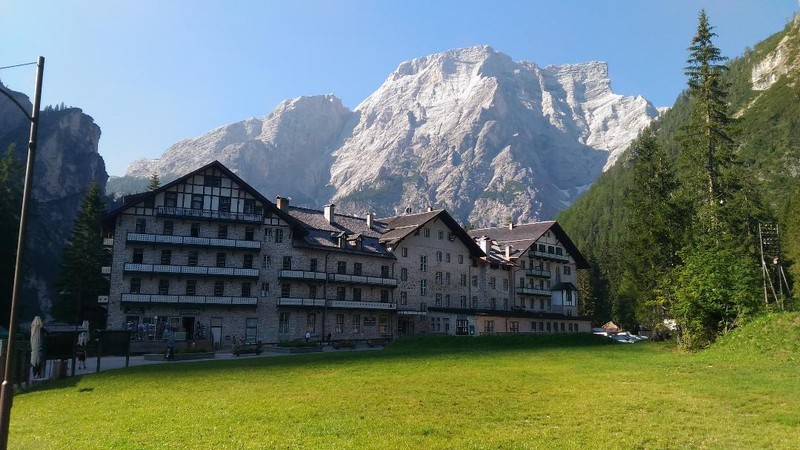 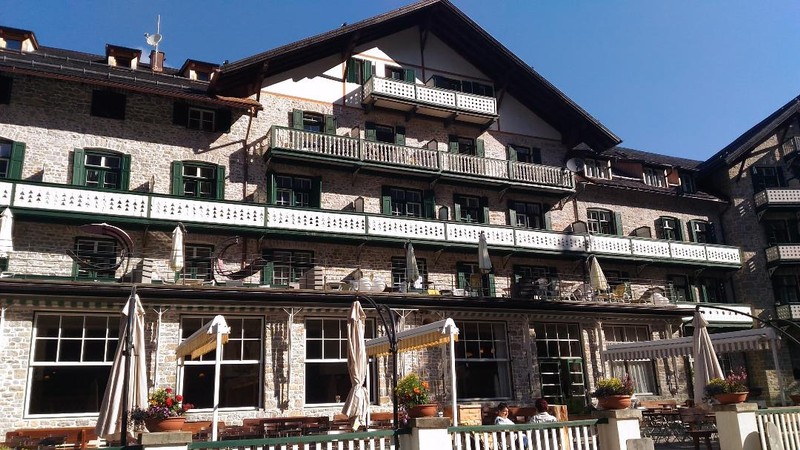 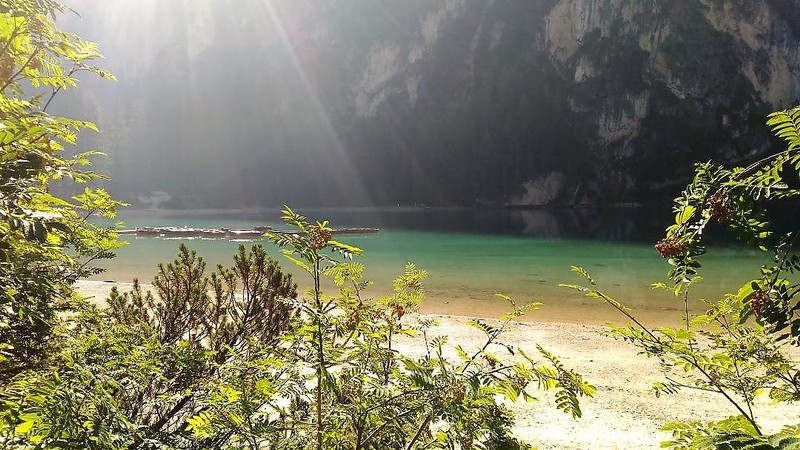 What a beautiful mountain lake. 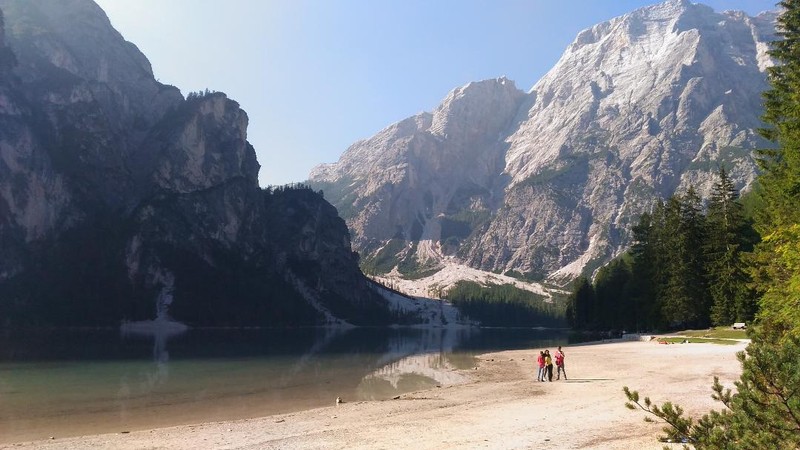 Plenty of hiking in the vicinity.

Why is it not allowed to take pictures of this beautiful signboard in the hotel lobby? 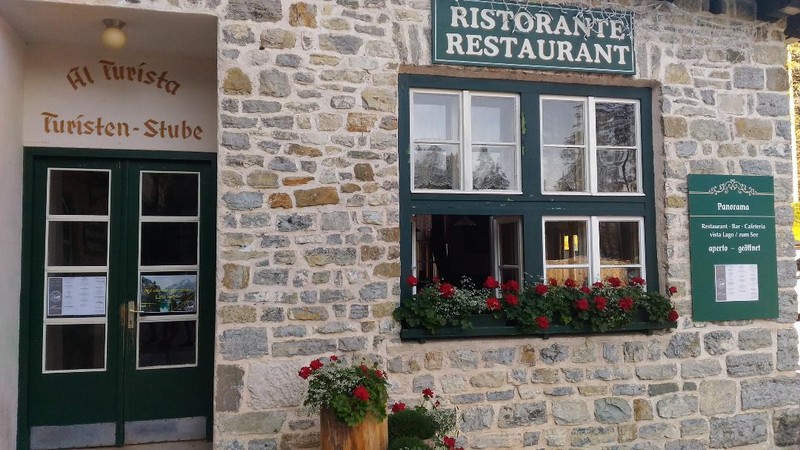 There are simply too many turistas in this area ! 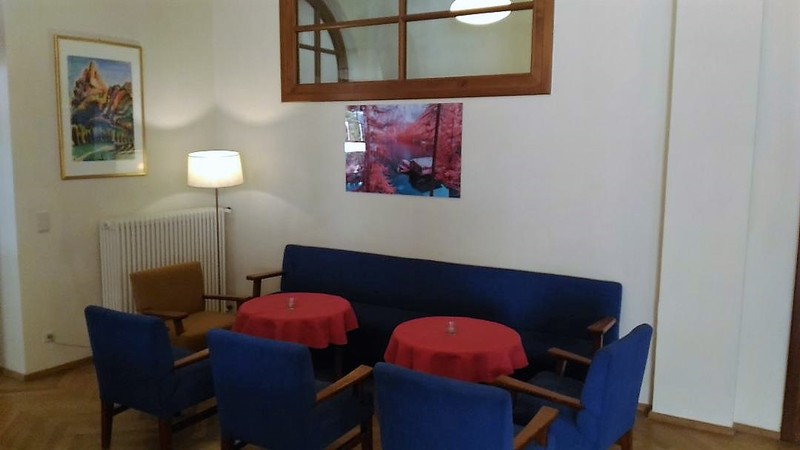 The hotel furniture is dated. 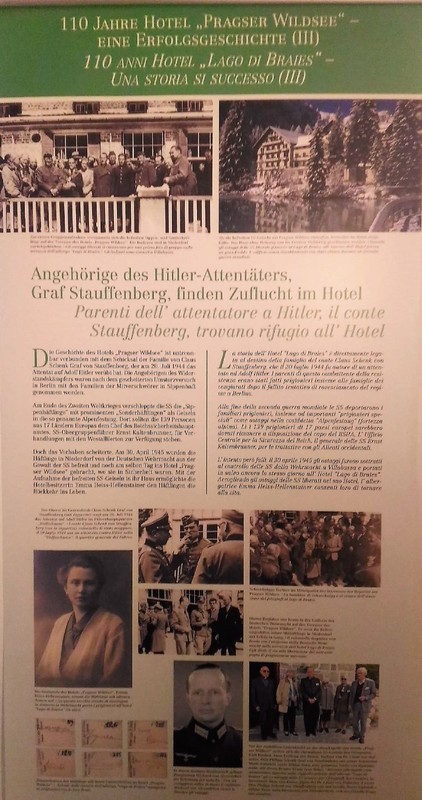 The hotel has an interesting history going back 110 years. 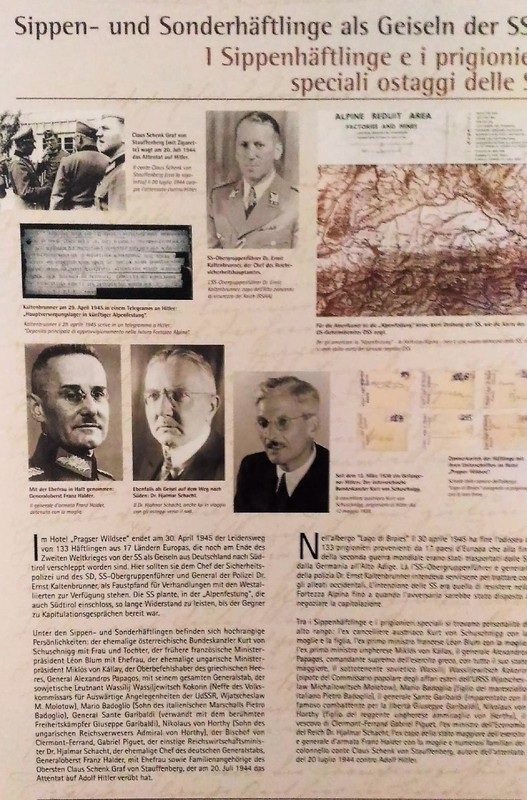 At the end of WW2, the Pragser Wildsee was the SS concentration camp for VIP-prisoners such as Central Bank President Hjalmar Schacht, Austrian Chancellor von Schuschnigg, Hungarian Prime Minister Miklos von Kallay, the Jewish Prime Minister of France Leon Blum, Greek and Russian Generals, etc. with their wives and kids. In total 139 persons from 17 countries. 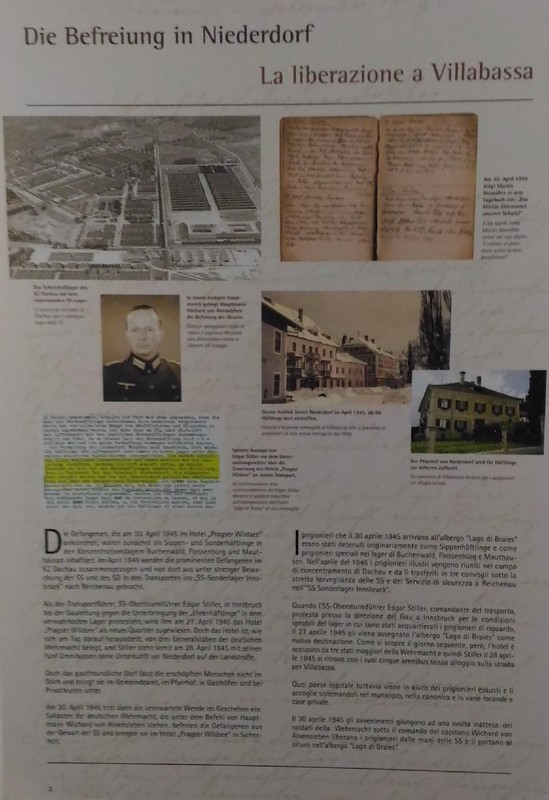 The famous inmates had been transported here for protection at the end of WW2 from their former camps, such as Dachau, Mauthausen or Buchenwald, and were then liberated by the German Army itself, on the day of Hitler’s suicide.