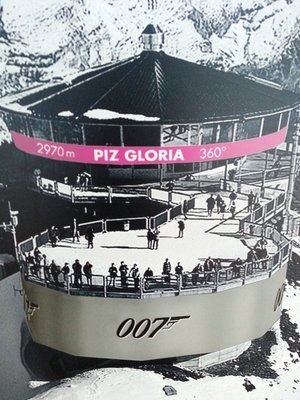 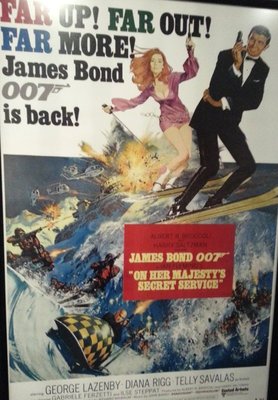 … ever since seeing “On Her Majesty’s Secret Service”, the only James Bond movie featuring George Lazenby as 007 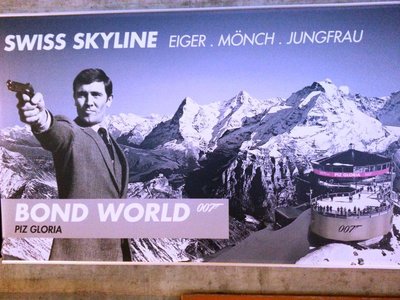 The opening of the “James Bond World” museum, at the original Swiss movie location, on 29. June 2013 prompted me to finally visit this rather touristy place 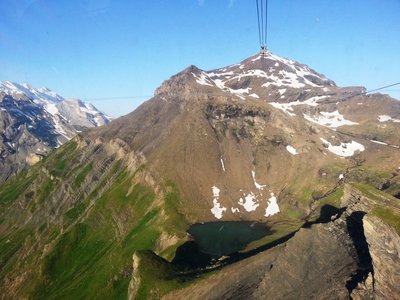 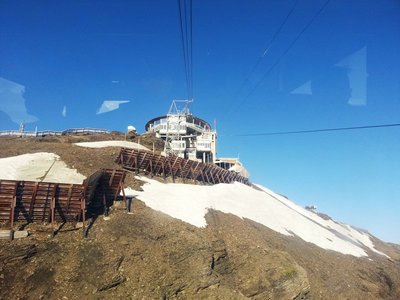 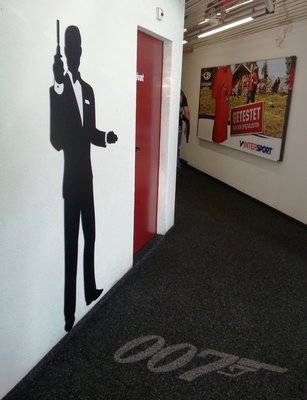 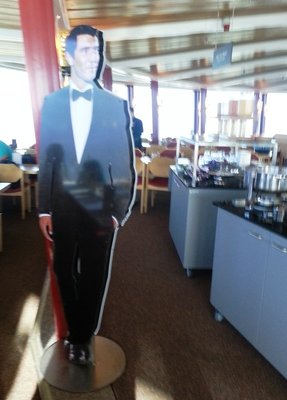 … and the revolving restaurant (47 mins per turn) with one of the best 360° views in the world, in particular on Eiger, Mönch and Jungfrau mountains 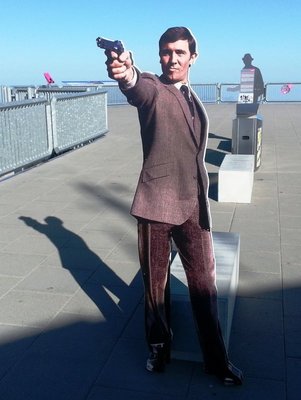 … but also onto many other well-known silhouettes. 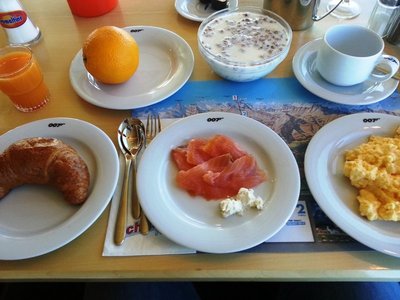 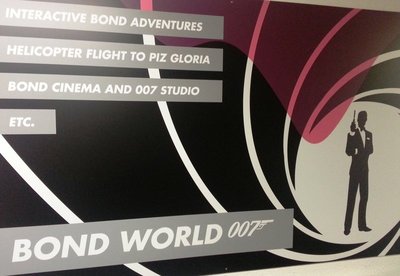 After breakfast, into the new “James Bond World” museum 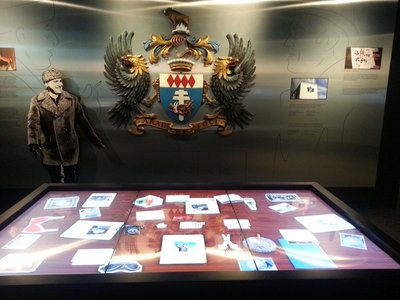 Maybe not comparable to Disneyworld / UniversalStudios / HardRockCafe, but good enough for true 007 fans 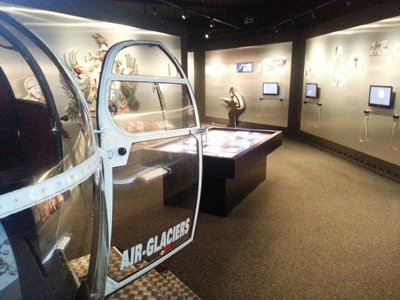 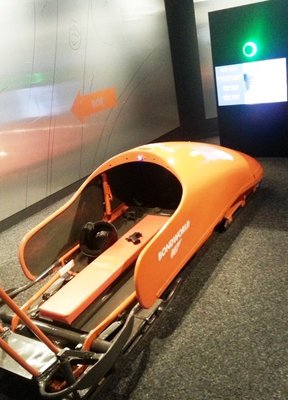 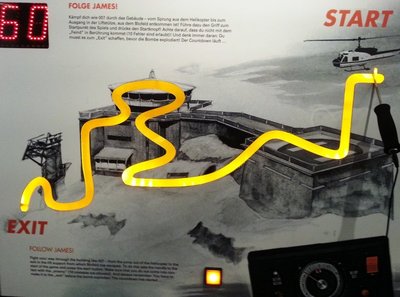 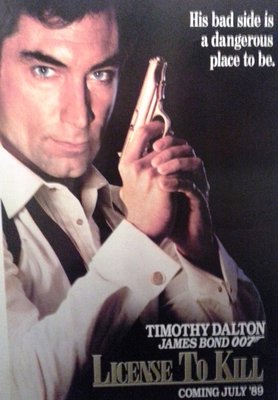 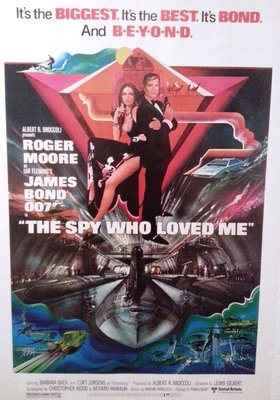 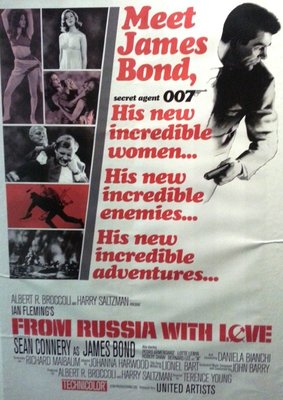 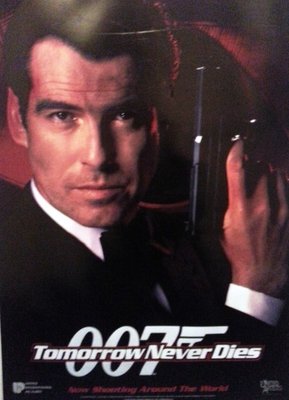 And the posters from all 007 movies

On the way back down in the cable car, we hear the famous James Bond music for another time

Such a pictoresque panorama 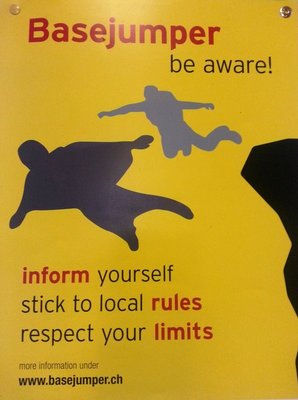 Alternative modes of transport do exist …
(I’m surprised there is no speed limit for base jumpers in the absurdly slow and “spiessig” Switzerland.
“Spiessig” in German is kind of the “opposite of spicy”.) 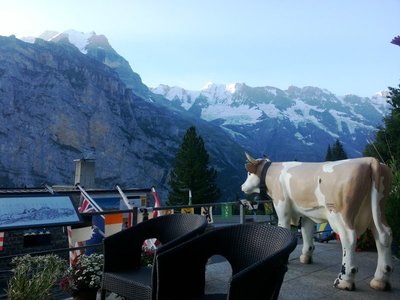 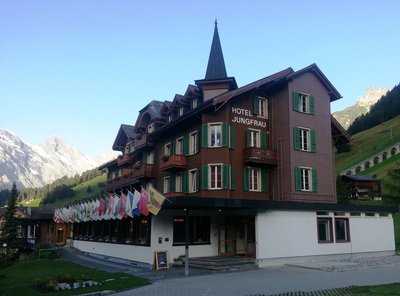 There is also the nice 3*-Hotel Jungfrau, but I couldn’t find a Mönch Hotel. 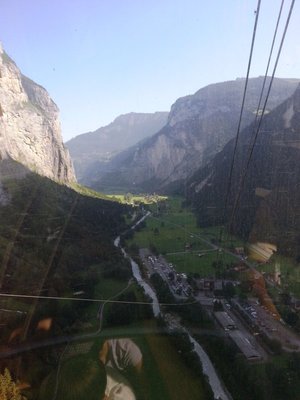 Stechelberg:
back down in beautiful Lauterbrunnen Valley, where the base station and parking is located for rides up onto Mount Schilthorn and Piz Gloria, about 12 km from Interlaken or 50 km from the capital Bern.