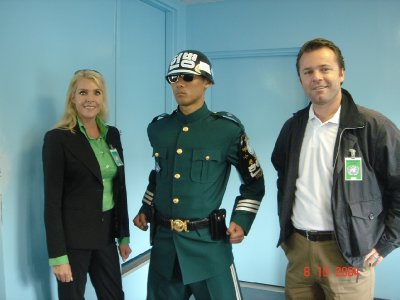 Looks like the stereotypical North Korean Border Guard, but is actually from the “occupied” South. 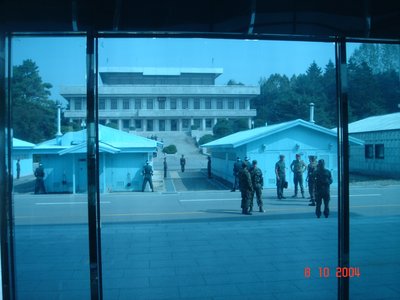 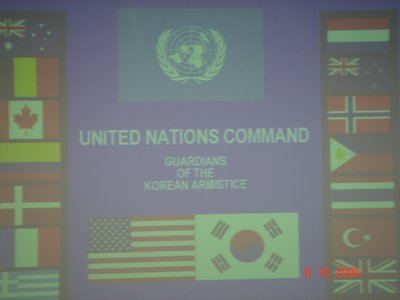 There are currently 3 ways of visiting North Korea:

Quote:
In July 2005, the South Korean company Hyundai Group came to an agreement with the North Korean government to open up more areas to tourism, including Baekdu Mountain (백두산) and Kaesong (개성). Kaesong was finally opened to daily tours for South Korean and foreign tourists in December 2007; North Korea charged US $180 for a one-day trip. The city received several hundred tourists each week, mostly South Koreans.[4]

3. Stepping over the border line in Panmunjom through an organised day-trip from Seoul

Having visited all the “evil” countries in this thread I would like to point out that they are all positively different from what we see about them in our Western propaganda (with the possible exception of Venezuela).

No comment on US “journalists” or “hikers” caught at their borders … 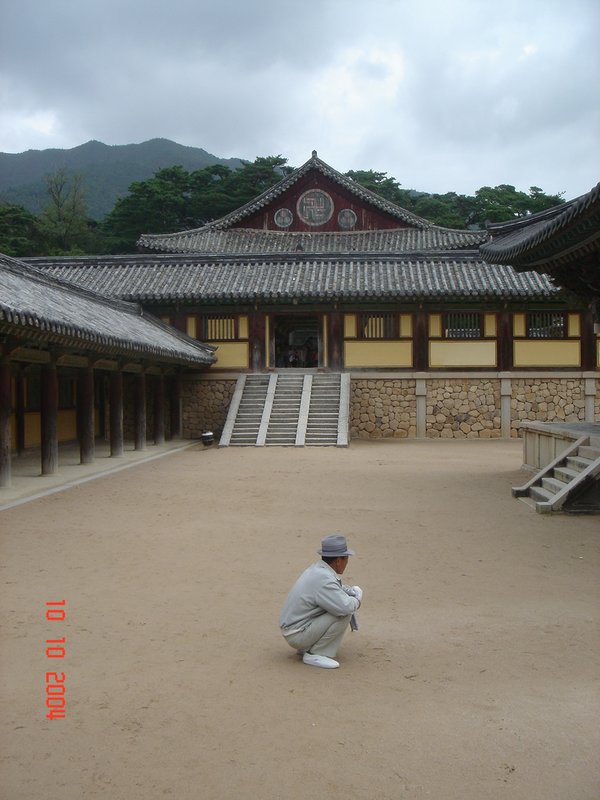