We bought a used car in Banjul and drove in ca. 50 hrs to Monrovia To attend Liberian President Ellen Johnson-Sirleaf’s Inauguration 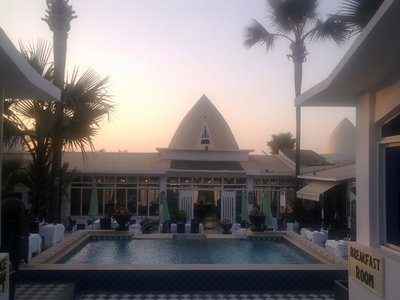 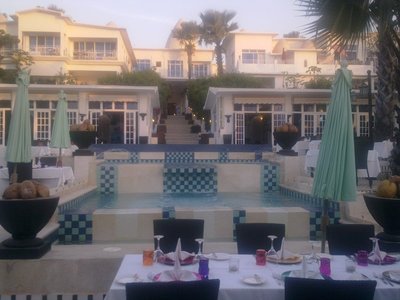 … the most luxurious hotel in sub-saharan West Africa . 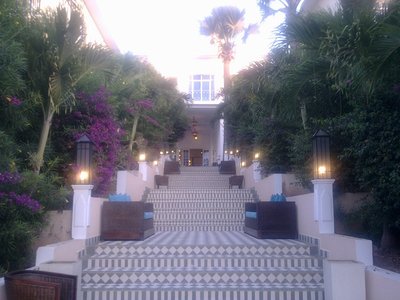 Gambia was the only mainstream holiday destination on this trip, the rest is rather considered a “dangerous place”. 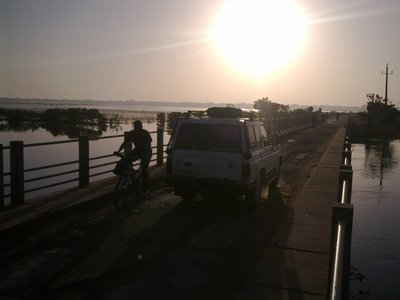 Entering the immensely scenic Casamance / Senegal in the early morning 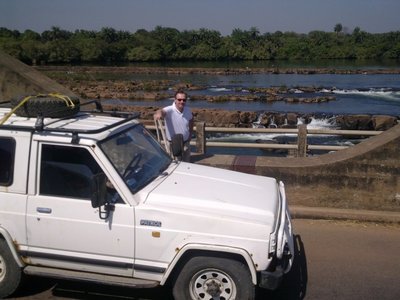 At the Saltinho Waterfalls in Guinea-Bissau 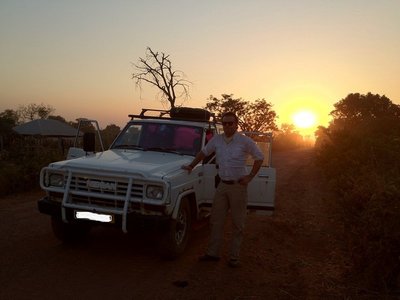 Getting ready for a full night drive after the border between Guinea-Bissau and Guinea-Conakry. Had to “pay” the border guards to be allowed to drive on, despite their “security concerns at night”. 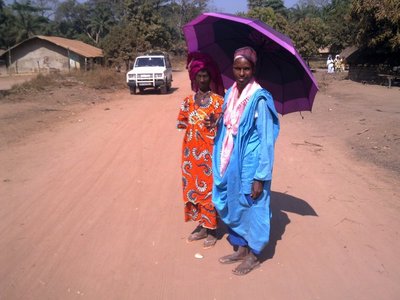 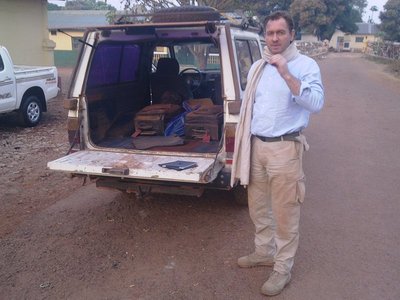 Biting red dust. An air-condition would have been a good idea… 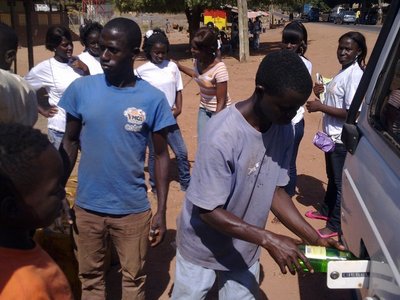 Outside the capital cities, fuel is only available on the black market, by the bottle. We had one breakdown because of a dirty diesel filter. 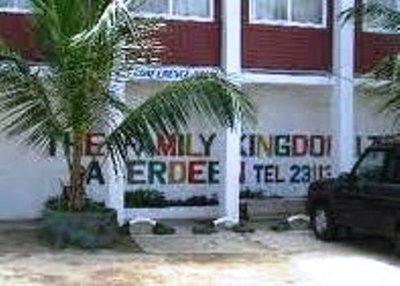 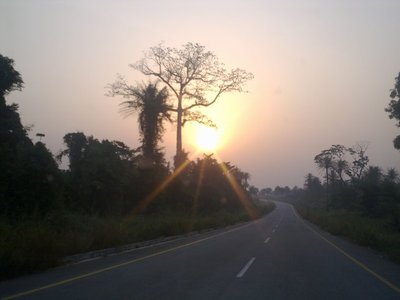 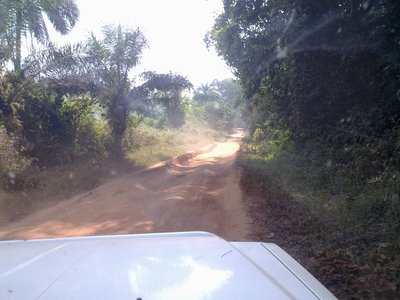 Before the border between Sierra Leone and Liberia 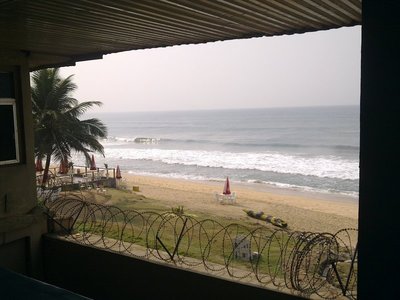 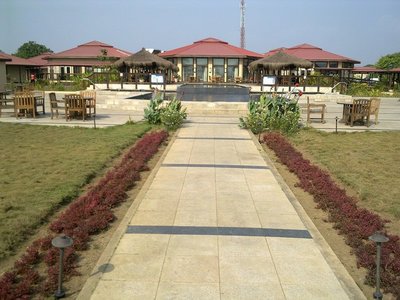 The RLJ Kendeja (pictured) is the best hotel on the outskirts of Monrovia. 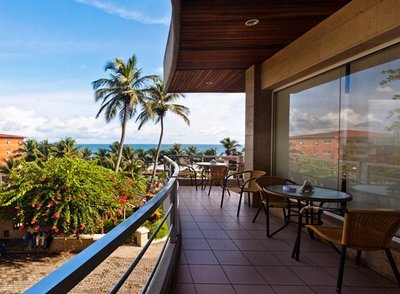 The Mamba Point has the best food and atmosphere downtown. Hotel foto. 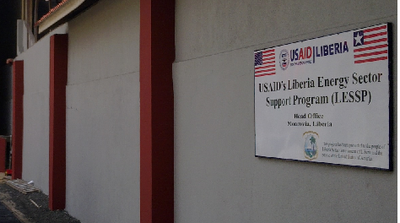 Oil prospects: one of the reasons for Liberia’s brighter future (and a US$ 100 mio new American embassy in town). 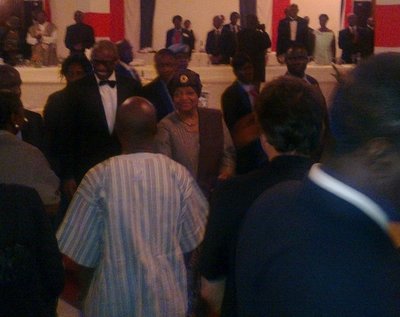 The reason for our speed drive: the inauguration gala of President and Peace Nobel Prize winner Ellen Johnson-Sirleaf (January 2012). 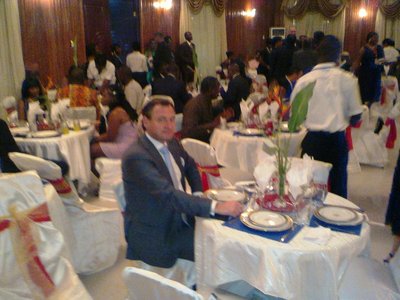 Harald at the dinner table 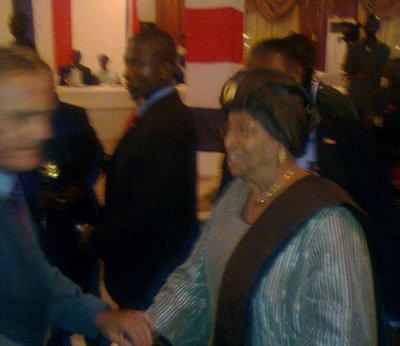 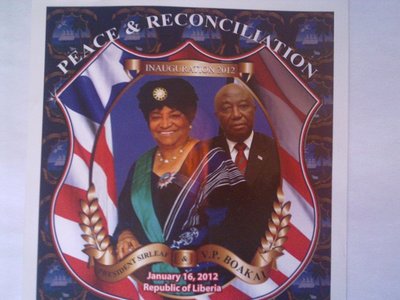 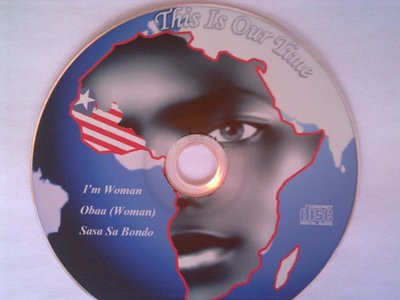 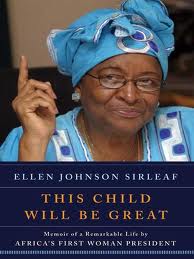 Book “This Child Will Be Great” by Ellen Johnson-Sirleaf (Source: Amazon)

West Africa is definitely the most neglected (or abandoned) market for upscale hotels. All better places are now operated by diaspora Lebanese families which means good food, most of the time. The few “upscale” hotels are usually fully booked, which means very high prices, all of the time.

It is relatively easy to buy a car in Banjul, however expect to pay about € 1.200 more than in Central Europe (= import tax).

The German Overlander’s meeting point Sukuta Camping & Lodge has the most unfriendly and unhelpful German owners one can imagine. They also sell cars. Caveat emptor!

There are plenty of used car shops on the road from Serrekunda to Banjul.

The car insurance valid for all countries in the region (“carte brune”) costs ca. € 30 for one month. You will also need to get a laisser-passer document at the first border crossing which will be used at every subsequent border. Don’t lose this document (as we did), as it will create problems at every border and police post, of which there are plenty. The police in Guinea-Conakry are particularly obnoxious and try to find reasons for bribes.

The South-Western borders between Guinea-Bissau and Guinea-Conakry were still flooded and unpassable in mid-January, so we had to drive to the North-Western border post between Pitche and Foulamory. The roads between Gabu and Boke via Koumbia (300km / 12hrs incl. 1 tow-ferry) are extremely bad, as well as between Kenema and the Fairo/Mamba borderpost (150km / 5hrs).

The rest of the 2.000km distance was good asphalt.

3 thoughts on “Road to a new Liberia, via Gambia-Bissau-Guinea-SierraLeone”