-We bought a 12 year old Mercedes M Class on German export plates to drive across Russia. 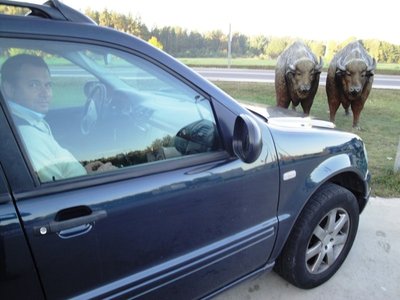 First test for our old Mercedes: monumental Bisons in North-Eastern Poland near Bialystok 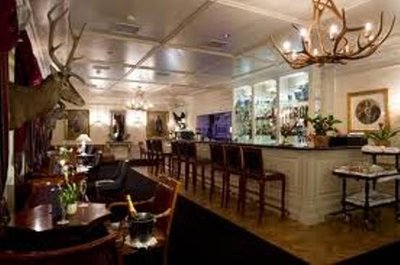 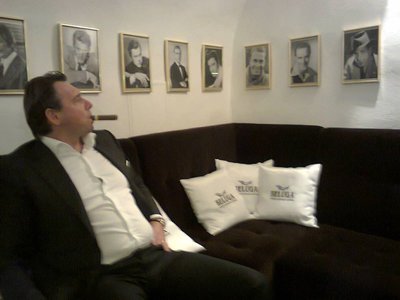 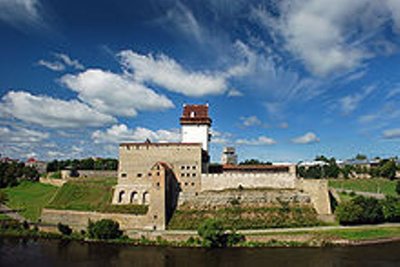 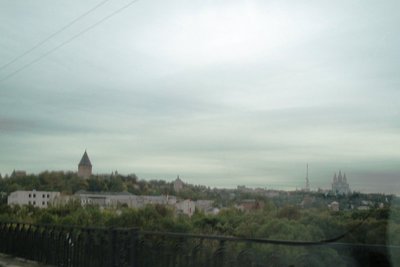 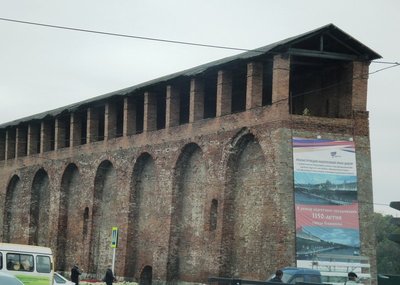 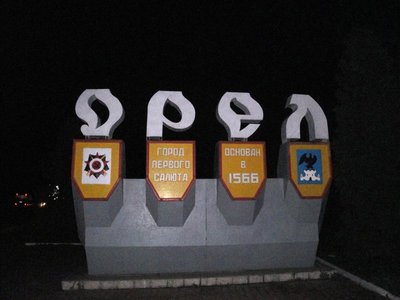 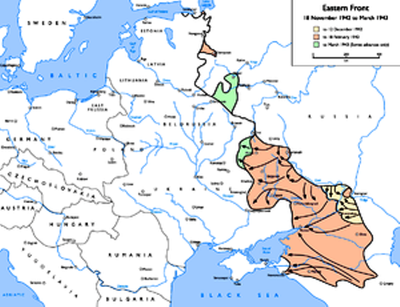 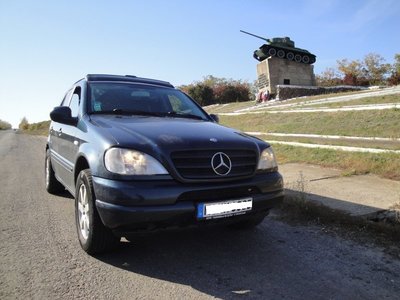 One of the many, many WW 2 memorials along the Russian Western border, here between Belgorod and Voronezh 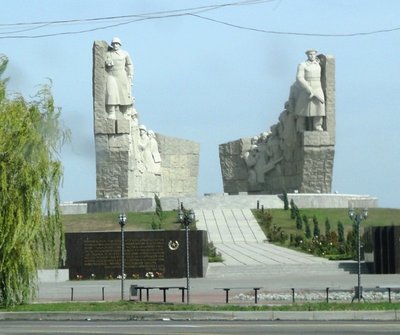 Between Taganrog and Rostov-on-Don 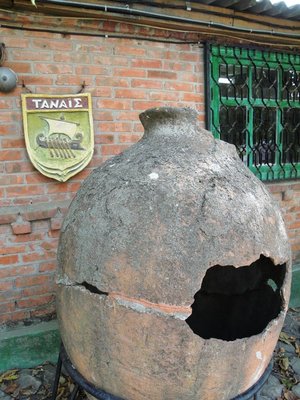 The intriguing antique city of Tanais on the Sea of Azov 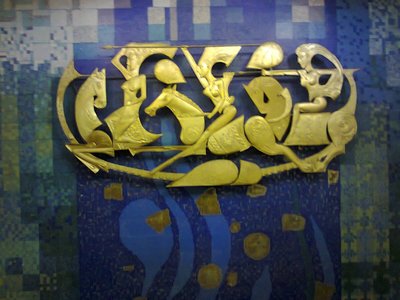 Testimony to the early local Amazons (yes, the lady warriors come from that region) in the lobby of the Don Plaza Hotel in Rostov 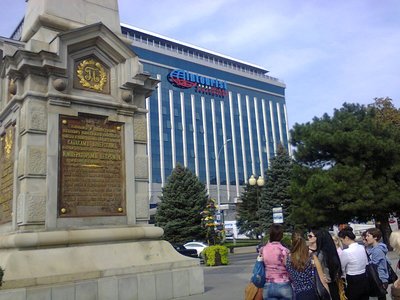 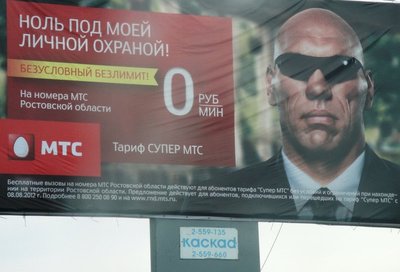 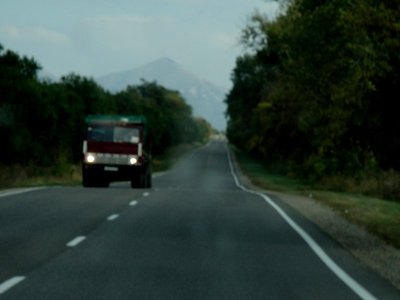 One of the “five mountains” giving name to Pyatigorsk, where the German Army’s Caucasus HQ was located.
Generally good roads in the Caucasus today. 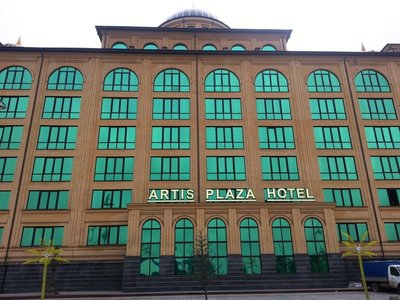 –
Driving through Grozny. Now among Russia’s safest and most modern cities (!). No need to be afraid of Chechnya anymore. 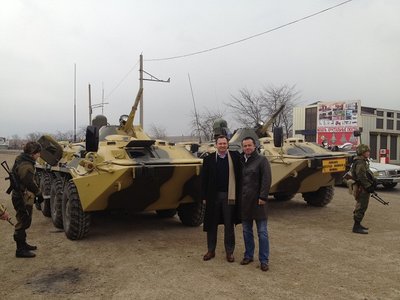 Entering Dagestan, currently one of the wilder places in Russia. 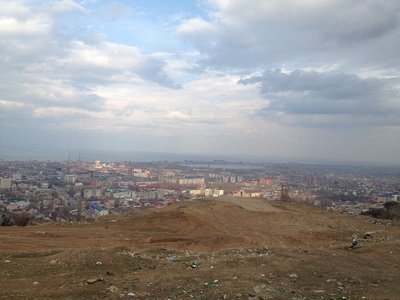 View on the Caspian Sea and Machackala, Dagestan.
Roads northward near Astrakhan were bad for Russian standards. 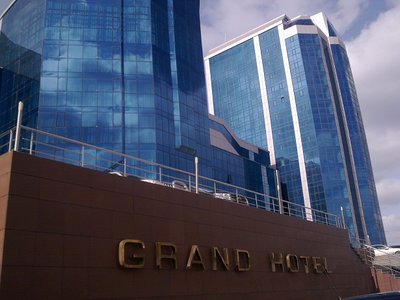 Signs of the cosmodrome near Kasputin Yar, between Astrakhan and Volgograd (Foto: wikipedia) 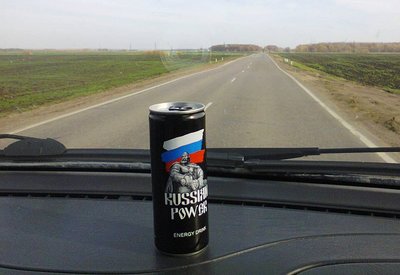 Russian Power – in the endless Stavropol farmlands north of the Caucasus 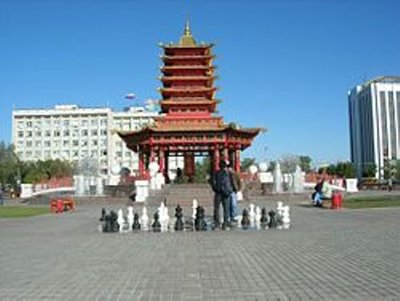 Elista, regional capital of Kalmykia, world-capital of chess and Europe’s only Buddhist Republic. Unfortunately one of the most run-down areas of Russia. With an “unusual” former billionaire President Kirsan Ilyumzhinov (Wikipedia) who was last seen communicating with Gaddafi (true), by secret codes with his citizens (likely) and with aliens (unconfirmed). . 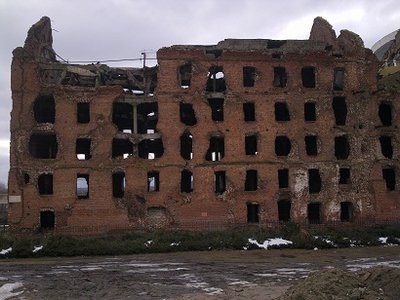 My second arrival in Volgograd: remnants of the Battle of Stalingrad at Volgograd War Museum … 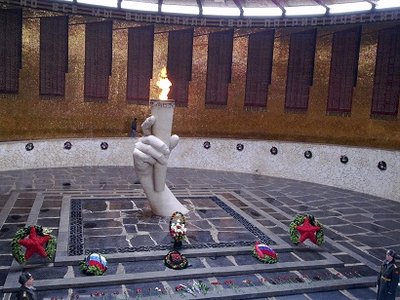 and at the Mamayev Hill Memorial 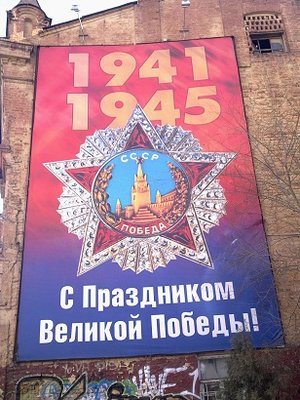 Reminders of World War 2 are omni-present 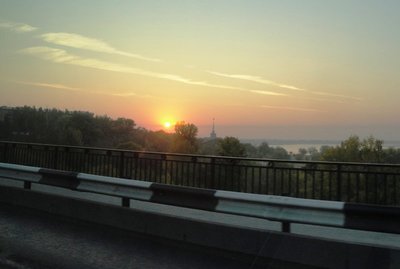 Sunrise above the Volga, the river into Russia’s soul. 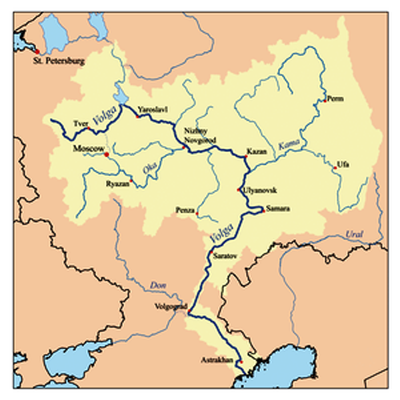 We first crossed the Volga at Saratov Bridge, formerly the longest in Europe (Wikipedia) 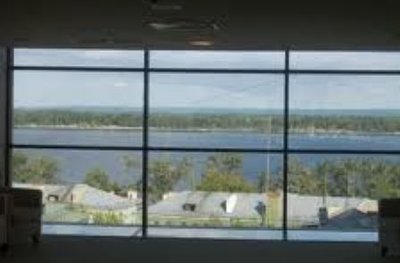 The Holiday Inn’s (best local hotel) view on the Volga in the bustling industry capital of Samara. Russia is on the way up, even in the provinces ! 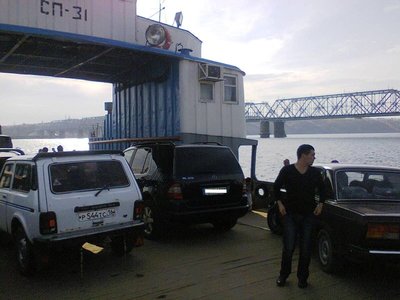 Crossing the Volga again, this time by ferry in the exotic corner of Mari-El, Tatarstan and Chuvashia 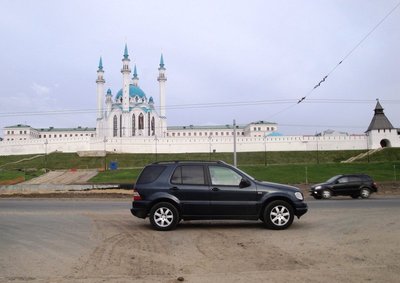 The impressive Kremlin in Kazan, the most charismatic and historic city on the Volga