My starting point to Sakhalin Island was from Sapporo in Japan’s Hokkaido Province to the small port town of Wakkanai. The ANA Hotel is right at the train and ferry stations and serves excellent food from one of the best cuisines in the world (try Hokkaido beef, similar to Kobe beef). I spent one day at the beautiful Rishiri-Rebun-Islands National Park. Then I took the high-quality “Eins Soya” Ferry (www.heartlandferry.jp) from Wakkanai to the Russian port town of Korsakov (ca. 5 hrs, operates only in summer, visa needed).

Arrival in Russia from Japan is a bit of a culture and comfort shock. Nevertheless, a very good hotel in Yuzhno-Sakhalinsk is the “Mega Palace”. This hotel is a really nice and new 4-5 star and could be a role model for the rest of Siberia. The city itself is still very much soviet-style, however the mountainous background, the surrounding seaside, the omnipresent heavy-duty 4x4s, even the ski lifts and ski jump tower give it a (future) tourist destination feeling.

For onward travel you have the choice of taking another ferry, rather less comfortable, 18 hours from Kholmsk to Vanino on the Russian mainland, or by airplane with Vladivostok Air, SAT (to Japan), S7 (to Khabarovsk or Novosibirsk) or Aeroflot (to Moscow). 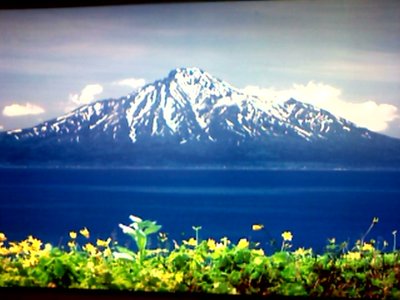 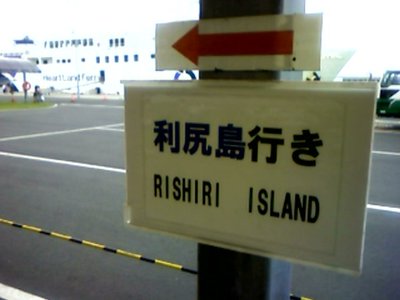 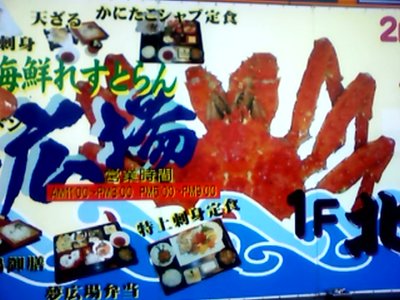 Seafood and Beef are a must in Hokkaido 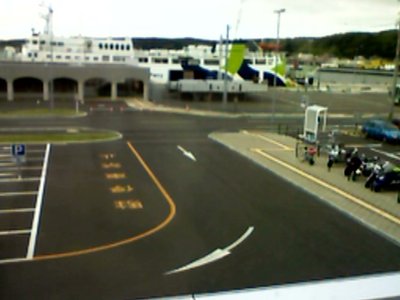 The Ferry Terminal in Wakkanai with “Eins Soya” in the background

Sakhalin became an infamous Cold War battleground when the civilian Korean Air Flight 007 (Click: Wikipedia) – probably on a spy mission for the USA – was shot down by Soviet interceptors above Sakhalin Island. There was a well-known victim: Lawrence McDonald. who had just previously exposed the false Cold War dialectic of the US and the SU, being directed by the same forces. 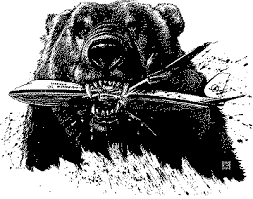