The ultimate travel destination, the International Space Station ISS, is located at 400 km above earth: 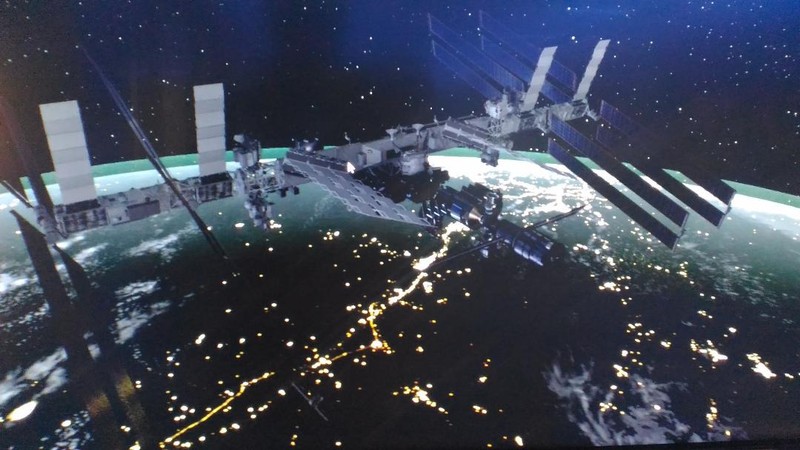 Outer space has been defined as any flight above 100 km (the Karman Line), according to the FAI. 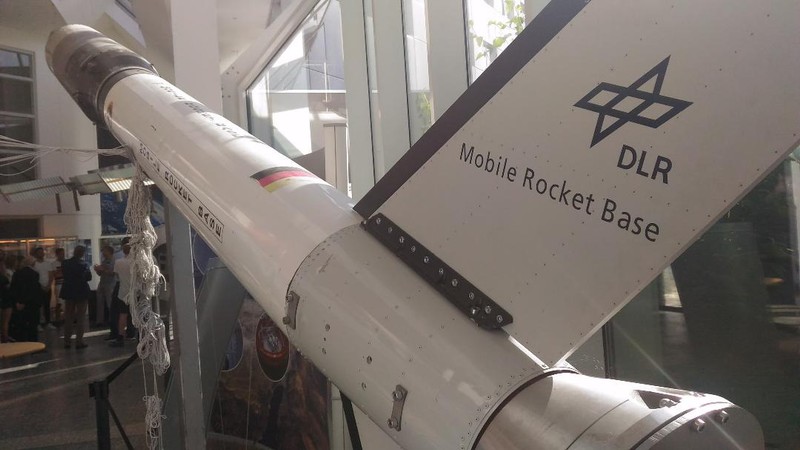 … in order to enquire about private space flights … Beam me up please ! 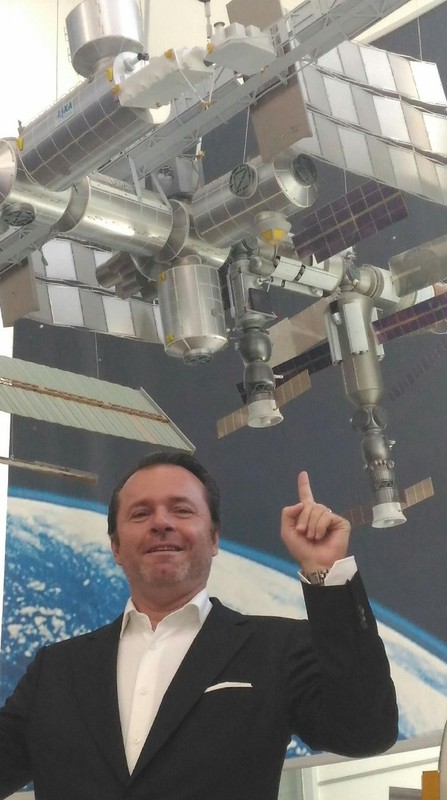 So far there have only been 7 private space tourists onboard the ISS. One of the space tourists I met personally is Guy Laliberté, the founder of Cirque de Soleil, who flew to the International Space Station in September 2009 at a price tag of … US$ 40 Mio … ouch ! 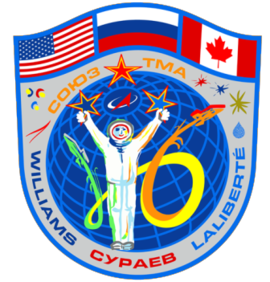 Laliberté is pictured here in true style with a red clown nose, after 11 days in space, at his landing in a Soyuz capsule in the Kazakh Steppe. 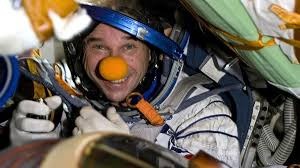 In MUNICH there is a 1:20 replica model of the complete ISS International Space Station with its European (ESA), Japanese (JAXA) and Russian capsules (ROSCOSMOS, in the background) … 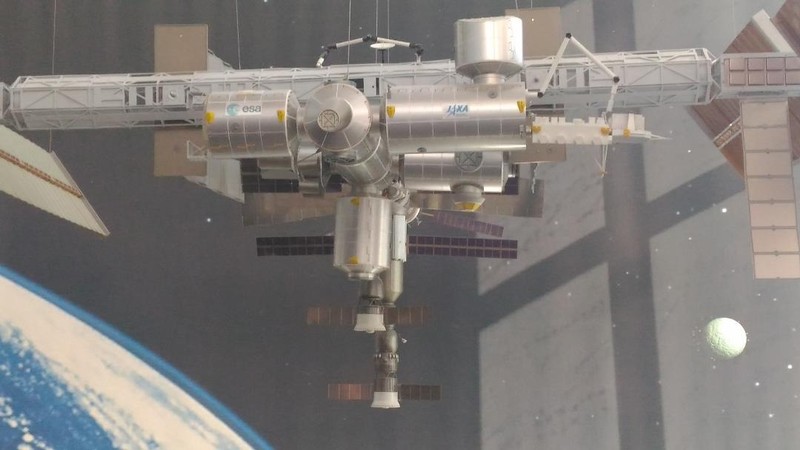 … and a real-size model of the European part, the Columbus capsule, used by ESA astronauts … 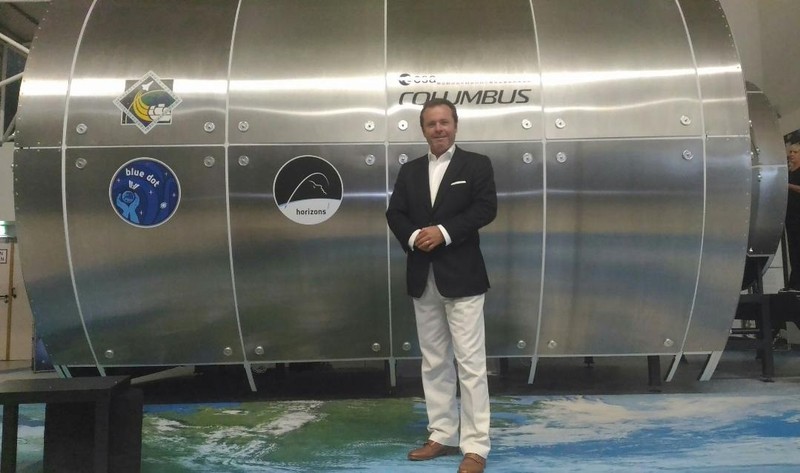 … pictured here from inside: 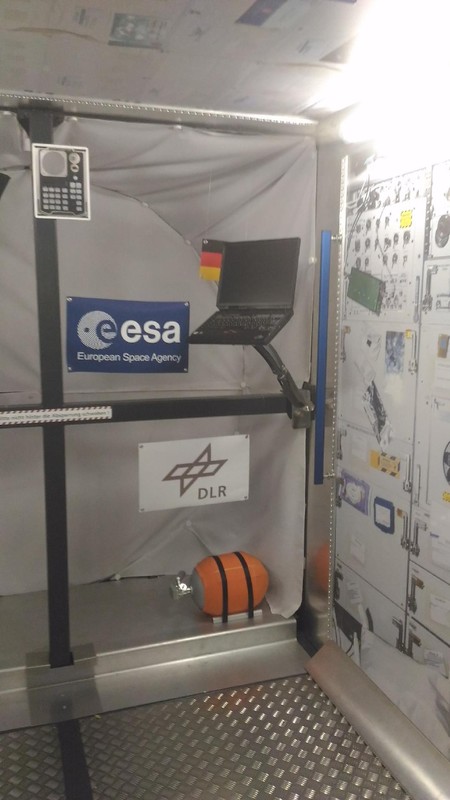 As a freedom-loving German I don’t like speed limits, but in this case I’ll make an exception. 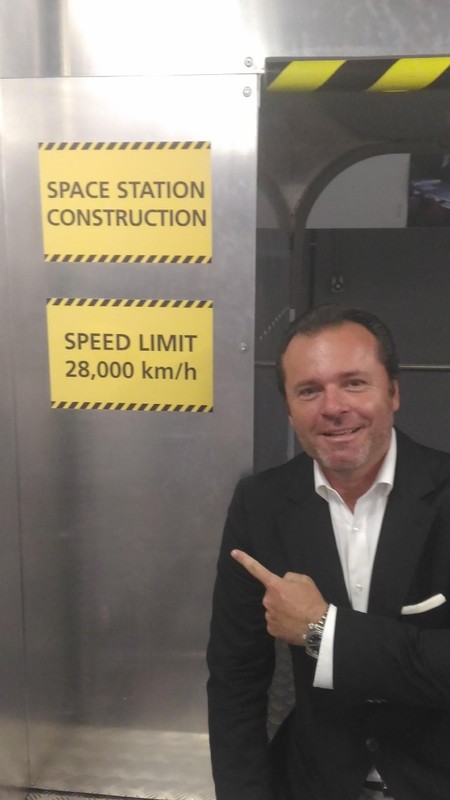 After a short chat with this friendly space tourist trainer … 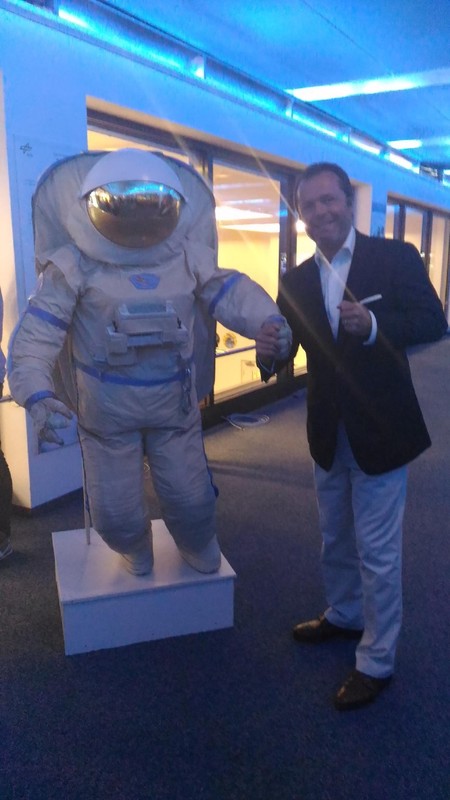 … I was allowed outside for my first space walk … 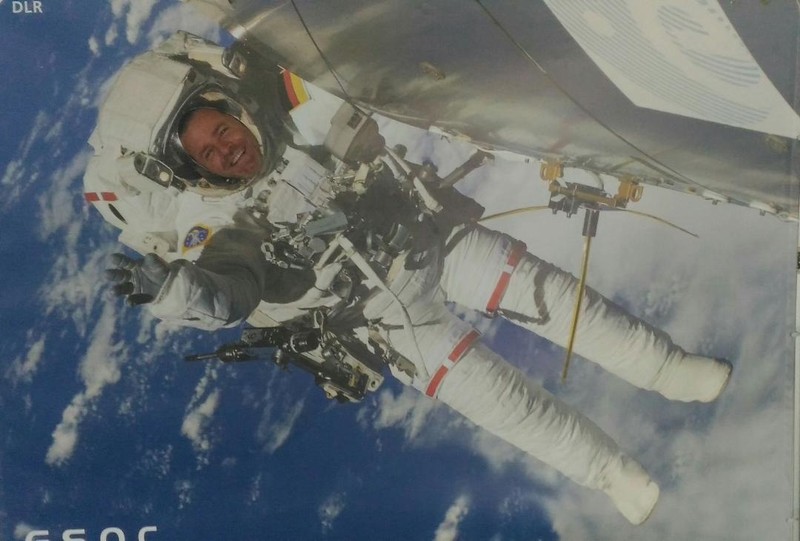 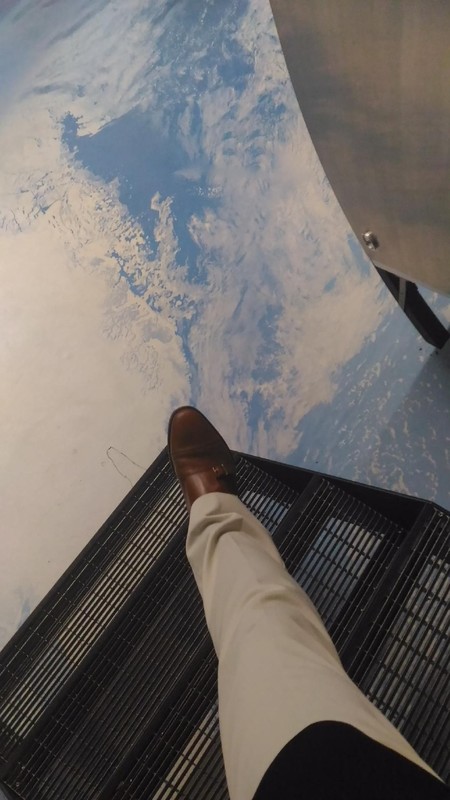 Currently there is a real German astronaut onboard ISS, Dr. Alexander Gerst (45), sponsored by the taxpayers: 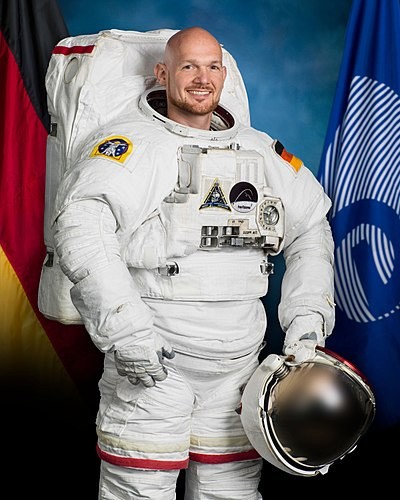 Gerst’s activities are permanently monitored from this control room in MUNICH: 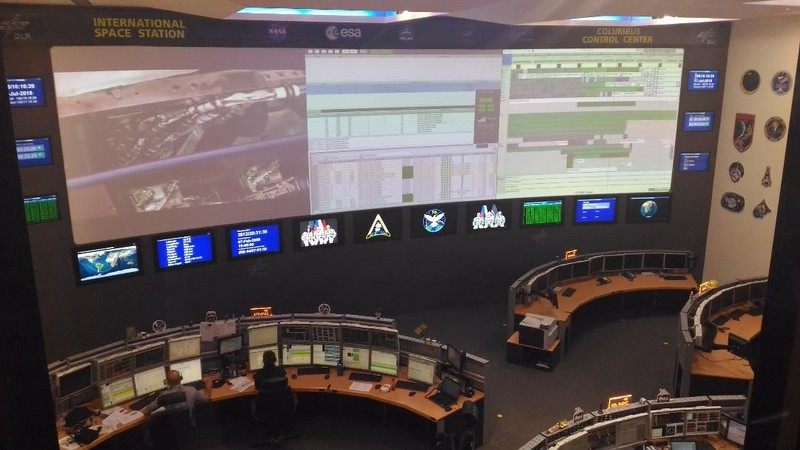 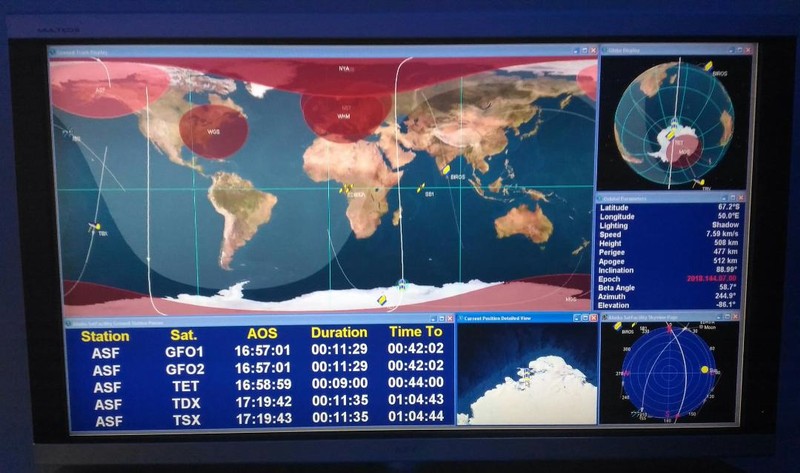 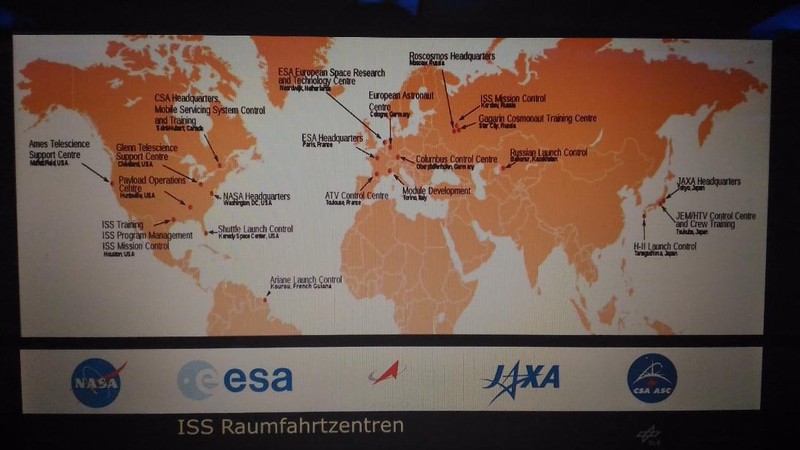 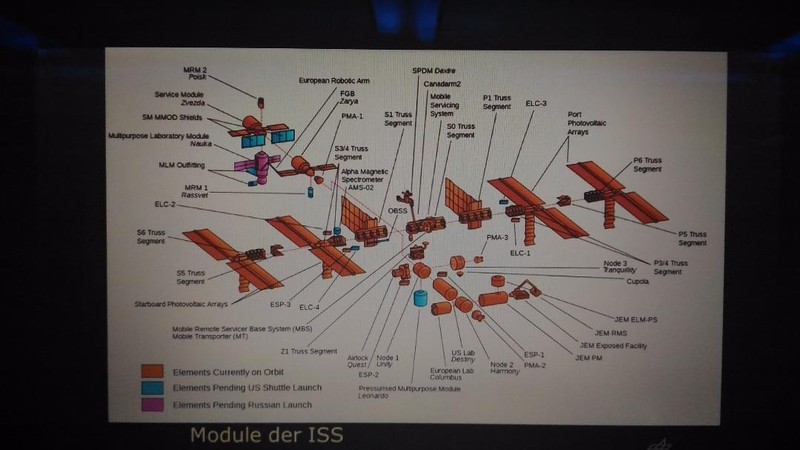 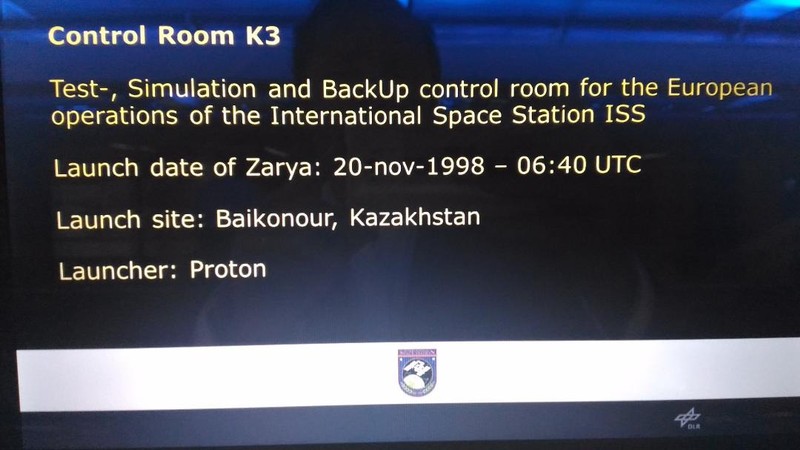 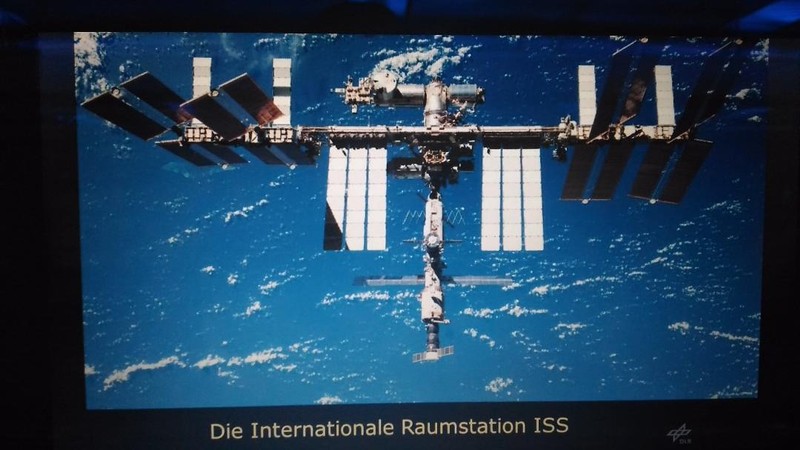 Even astronaut Snoopy is exhibited in MUNICH. 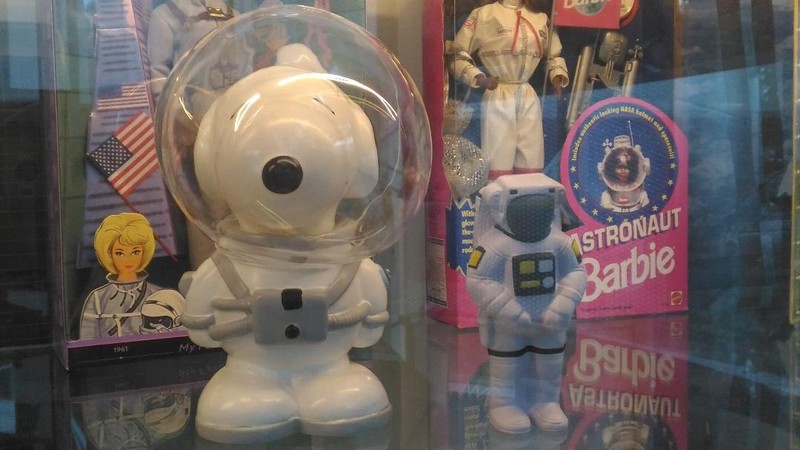 It’s a big game. Where the Russians always win. 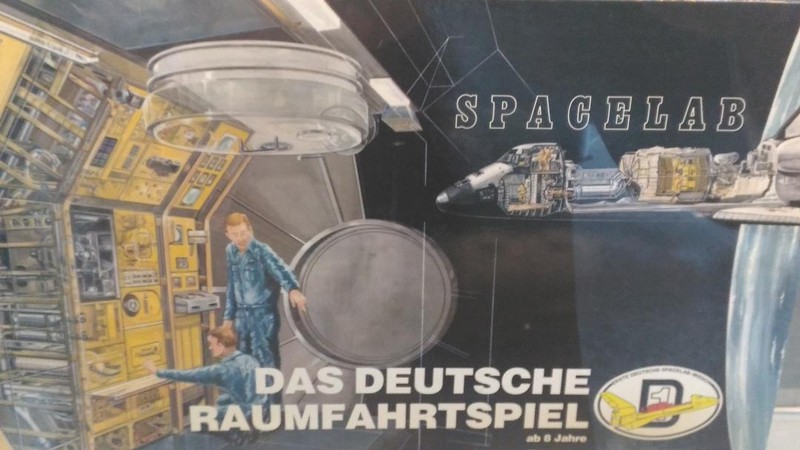 And in Oberpfaffenhofen we finally found the studio where Stanley Kubrick filmed the moon landing
(his German wife Susanne was from the famous Harland filmmaker family): 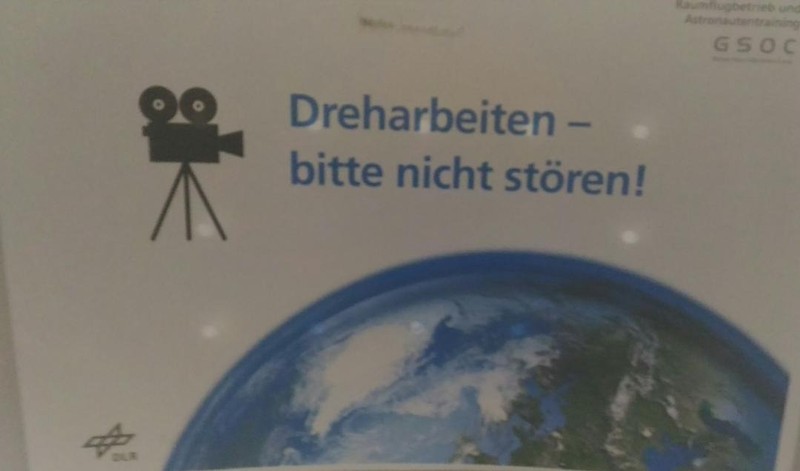