Got our visa within one day at the Sudanese Embassy, just behind the Four Seasons Nile Plaza in Cairo. Flew to Khartoum on Egypt Air. City much nicer than expected. Visited nearby Omdurman (former home of Osama Bin Laden) and Al-Shifa factory (bombarded by Bill Clinton govt. in 1998). Drove 3 hours via Nile Cataract to fantastic Meroe Pyramids. 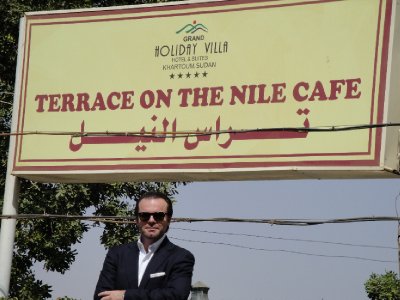 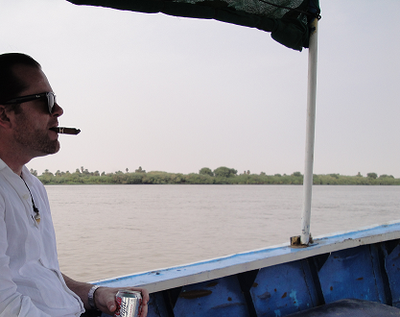 Khartoum lies near the confluence of White Nile and Blue Nile. Here cruising at the 6. Cataract (rapids) 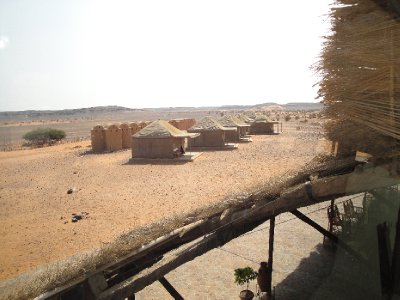 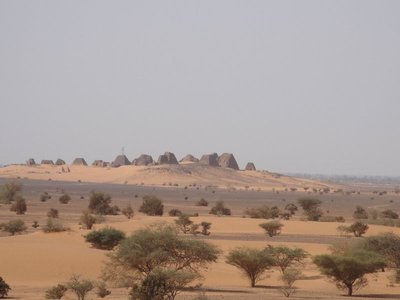 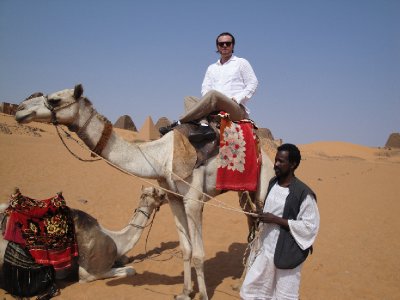 Ride on a Camel 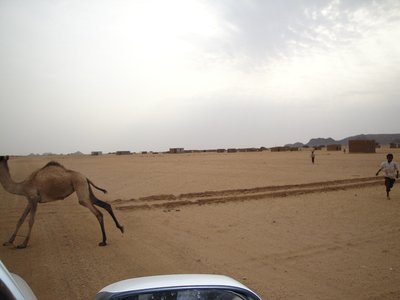 Ride over a Camel 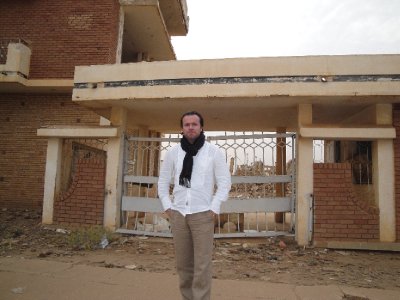 Al Shifa Factory, on the outskirts of Khartoum (bombed by Clinton)

The Nile and its Cataracts. Source: Wikipedia