After being predominantly Greek or Byzantian since ancient times, Cyprus received their first Turkic inhabitants in 1571, when the Ottomans took over* from the Venetian occupiers (Venice was weakened by the plague, imported by slave trader ships from Ghazaria / Crimea, and weakened by the cost of financing Luther’s protestant attack* against Germans).

After their WW1, the British took control over the island, and after their WW2 the British persecuted Jews in their two British concentration camps in Karaolos and Dhekelia (Never heard of that? Go figure!)

In order to keep their geostrategic presence in the Eastern Mediterranean, at the Dhekelia Military Base and Akrotiri Spy Station, the British occupiers then started their typical colonial divide-and-rule tactics, in this case agitating Greeks against Turks.

This provocation resulted in the 1974 War, a Turkish ethnic protection invasion (similar to Germany reacting against Poland 1939) that drove a wedge through the island, the “Green Zone”, a no-man’s-land, watched over since 46 years by the UN, with unique ghost, buffer and exclave areas, such as Varosha (Maras), Louroujina (Akincilar) and Kokkina (Erenköy).

I was fortunate to enter Varosha shortly before the official re-opening on November 15th, 2020.

Smart travel, with minimal luggage – and now also minimising the chicanery of the criminal Covid-1984 regime. Brave New World! (In the background you can see 3 different companies doing the Propaganda-Chain-Reaction PCR-Test through the nose within 3-4 hours for € 25.)

Wait … I missed to describe my surprised view on the new IST Airport when I arrived from the highway for the first time: 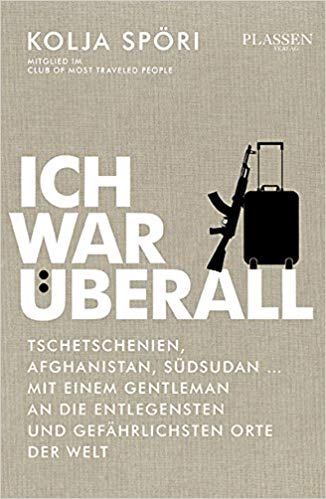