Mysterious Antarctica! Few have ever heard of Queen Maud Land (or Dronning Maud Land in Norwegian), but even fewer of New Swabia (or Neu-Schwabenland in German). Go figure why … 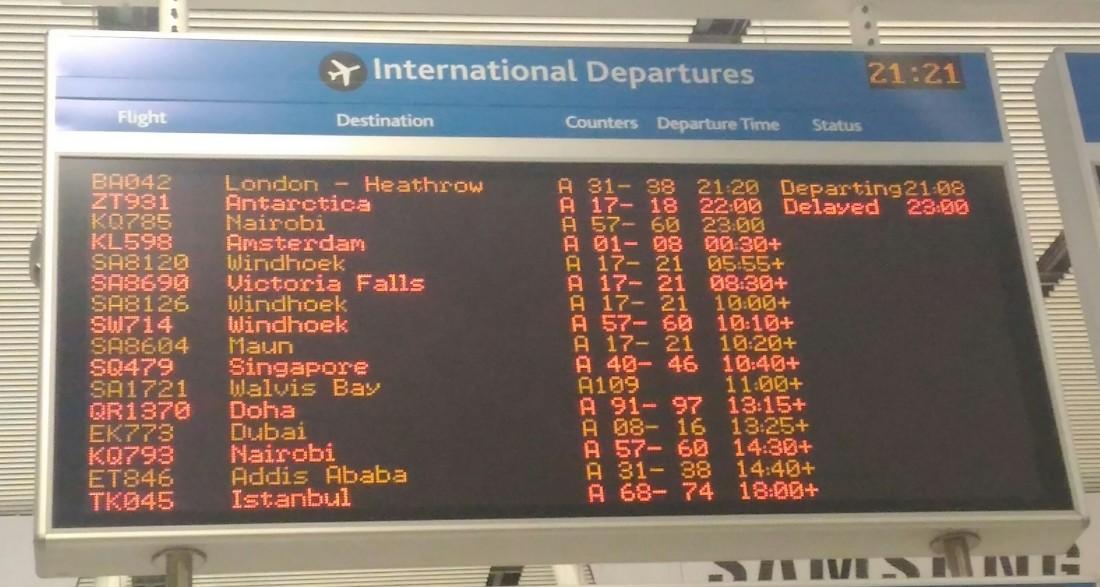 Capetown Airport (South Africa) is one of the two main entry points to the white continent, together with Punta Arenas (Chile). After several delayed flights, due to stormy weather in Antarctica, I finally made it to the 7th continent. 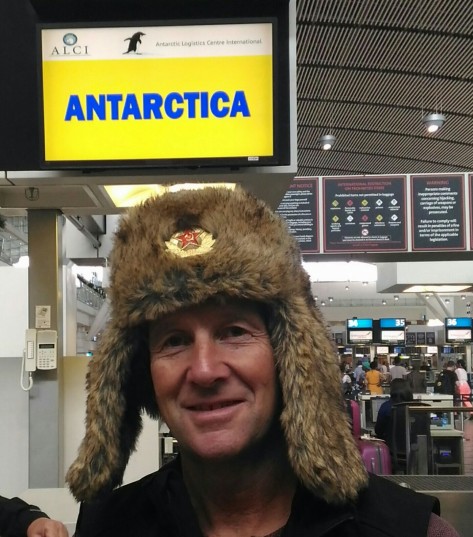 Thanks to the Irish extreme explorer and ultra endurance athlete Richard Donovan of www.worldmarathonchallenge.com who had already taken me to the North Pole in 2015.

With this Russian flight crew, nothing can go wrong! 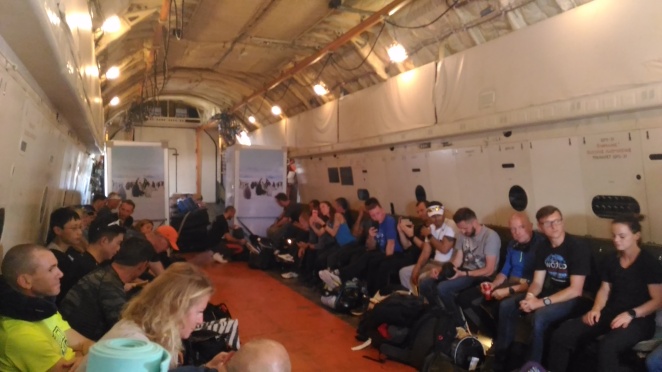 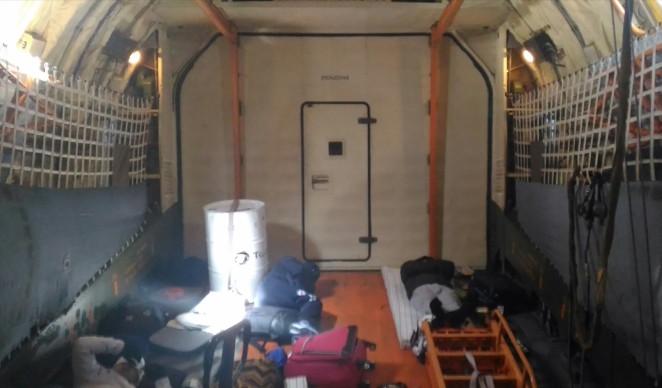 Even if the Ilyushin flight cabin was an adventure in itself! What an immense relief, sensation of freedom, and victory of common sense, when frequent travelers do not have to endure the Orwellian Western “bullshit procedures” onboard, such as “bring your seat in an upright position, fold down the tray tables in front of you, put your armrests down, open your window blinds, switch off your electronic devices, … and do not leave your luggage unattended … WTF 😉 “ 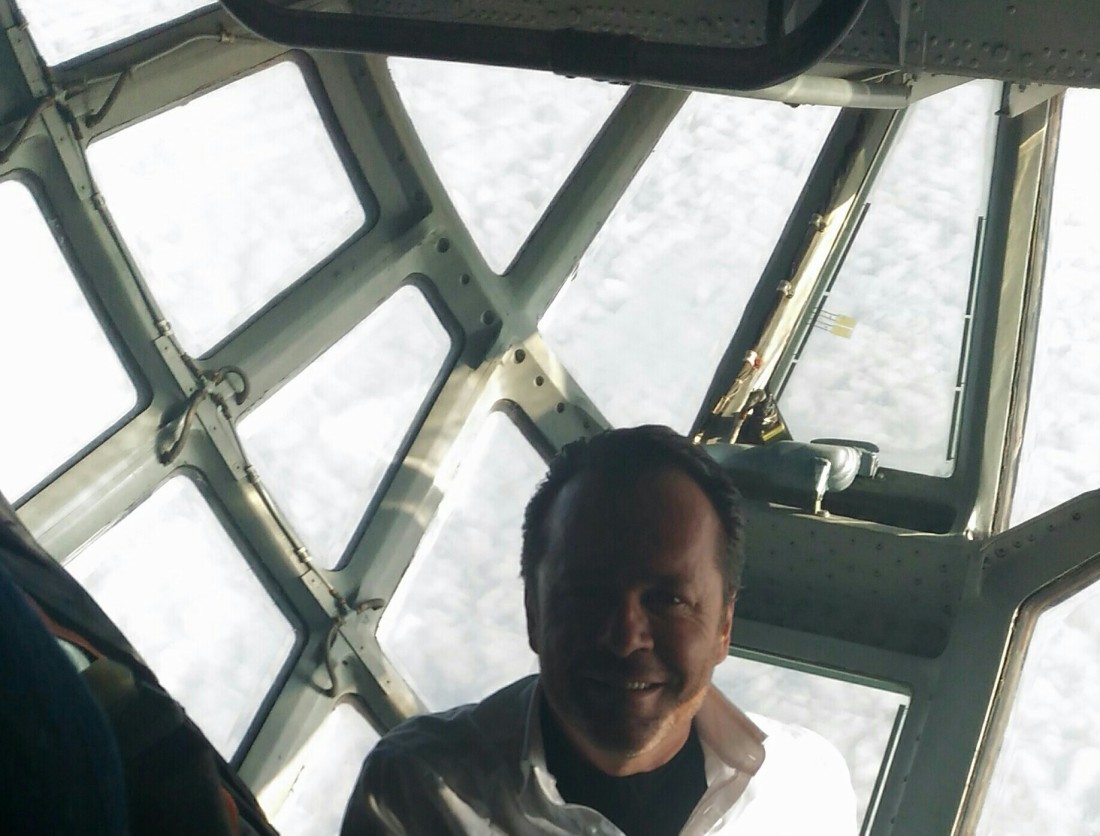 After a 5 hours 30 minutes flight (despite the Ilyushin’s 900 km/h speed) we landed in outworldy conditions: the blue ice runway at “Novo”.

We were greeted by frighteningly cold “katabatic” winds, blowing in gale force, down from the South Pole. 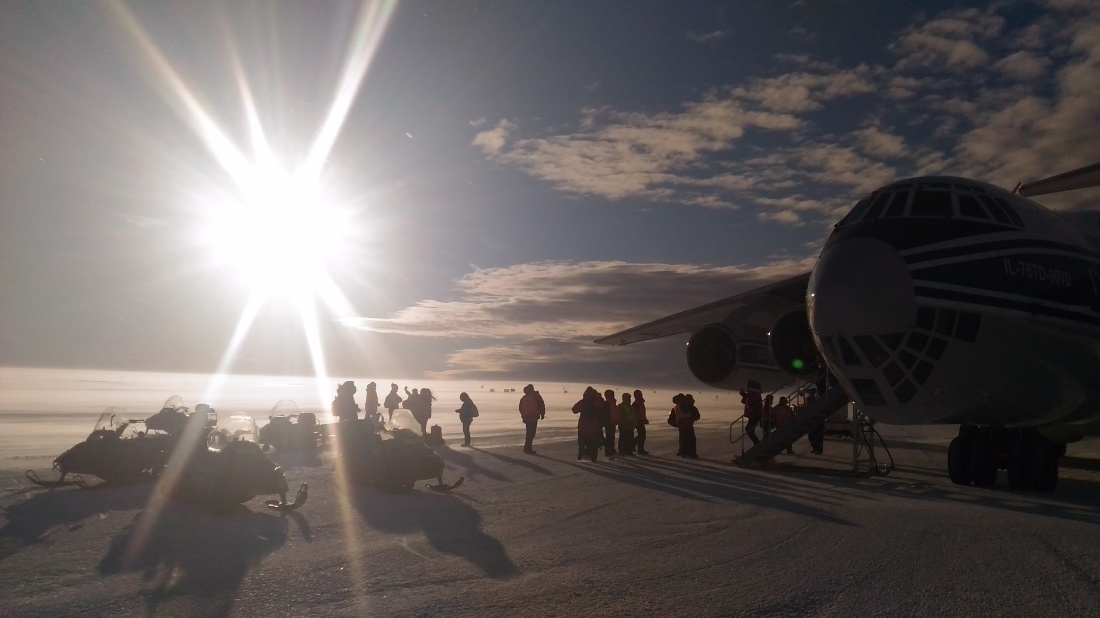 Our first impressions in Antarctica. A lifechanging twilight experience.

We were picked up by these Landcruisers, specially prepared for the grim conditions by Emil Grimsson’s Arctic Trucks Team from Iceland.

Passing the summer-only “ALCI Airbase” facilities next to the “Novo” blue ice runway.

Crossing cracks in the ice.

After a 30 minutes drive, we approached the Schirmacher Oasis (a rare dry island without ice) which German discoverer and pilot Richard Heinrich Schirmacher named after himself …

as part of the 3. German Antarctic Expedition in 1938.

If international law would be respected today, this area would correctly be called “Neu-Schwabenland” or “New Swabia” under German control. But the current BRD regime in occupied Germany works against the interests of Germans and doesn’t reinforce its valid legal claim. Instead, Norway was tolerated to annex the area, who call it (very “democratically” 😉 ) “Queen Maud Land”, after a questionable backroom deal, in which the Norwegians abandoned their legal claim over the South Pole (rightfully acquired by Roald Amundsen) to the US Americans, and received New Swabia in return. Always quisling to the more powerful side.

Norwegians had never put a foot onto their land until 1956, and established their first and only permanent land base Troll as late as 1990, with 8 permanent staff trolling only as late as 2005, which further weakens their claim to a so-called “Queen Maud Land” – or “Dronning Maud Land” in Norwegian (which hides the aristocratic connotation, and the British connection, with Maud being the native English daughter of the British King, forcefully married to the Norwegian King, and known as particularly arrogant and unattractive, “The Hag” [7]). Ever heard of Janteloven? There is plenty of criticism over Norway’s land grab, even on Wikipedia (see appendix below). 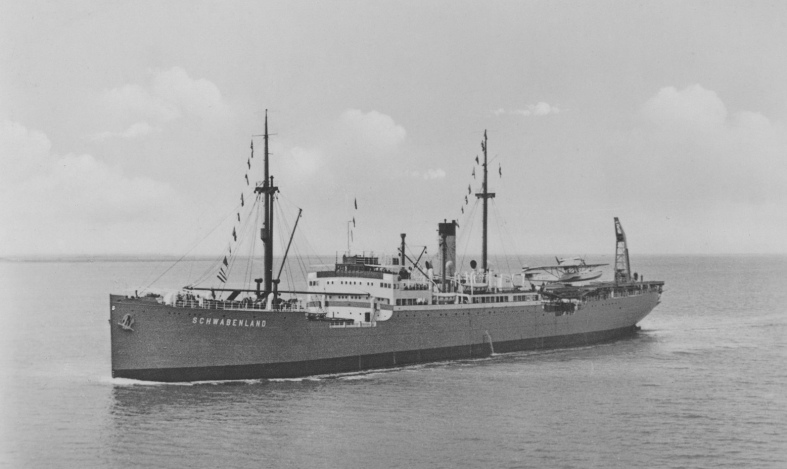 Many of today’s geographical place names stem from the 3. German Antarctic Expedition (with the ship MS Schwabenland), such as the Schirmacher Oasis with the Schirmacher Ponds, the Wohlthat-Massiv with the 3.900 Meter high Mentzel-Peak, the Mühlig-Hofmann-Mountains with the 4.000 meter high Habermehl-Peak, the Ritscher-Highland with the 4.000 meter high Schubert-Peak, the Humboldt Mountains with the Petermann Ranges, the Drygalski Mountains with the Matterhorn, the Filchner Mountains, the Wegener Inland Ice Plateau, and many more (see official German state registry, at appendix below). Western-backed Norway has undertaken a systematic ethnic cleansing of the German place names.

Previous German Antarctic Expeditions were conducted by (Dallmann privately in 1873), Drygalski in 1901, and Filchner in 1911, all with good success. Yet our mainstream propaganda permanently associates Antarctica heroism with the Brit Ernest Shackleton, despite 3 of his 4 Antarctic attempts turning out to be complete failures, just as his whole life.

It is breathtaking how much brainwash (re-education), mind-plumbing (psy-ops) and reality-design (spin & fake news) we are spoon-fed by the Western media.

“The great unwashed“ are 100% brainwashed!

Today, in the Schirmacher Oasis, there is the Russian “Novolazarevskaya” research station (since 1961), the Indian “Maitri” research station (since 1984/1989), the private British “Whichaway Camp” (since 2005), and a memorial stone for the first German Antarctic research station, named “Georg Forster Station“, which was operated by the East German GDR from 1976 onward, and completely dismantled after Germany’s – partial – reunification. Germany currently operates the permanent Antarctic stations Neumayer (I, II,) III since (1981/1992/) 2009, Gondwana since 1982, GARS since 1991, Dallmann since 1994, Kohnen since 2001. Germany previously closed Filchner (1982-1989) and Drescher (1986-2004). German summer field camps include Lillie Marleen since 1979, Kottas since 1985, and AGAP South since 2006. 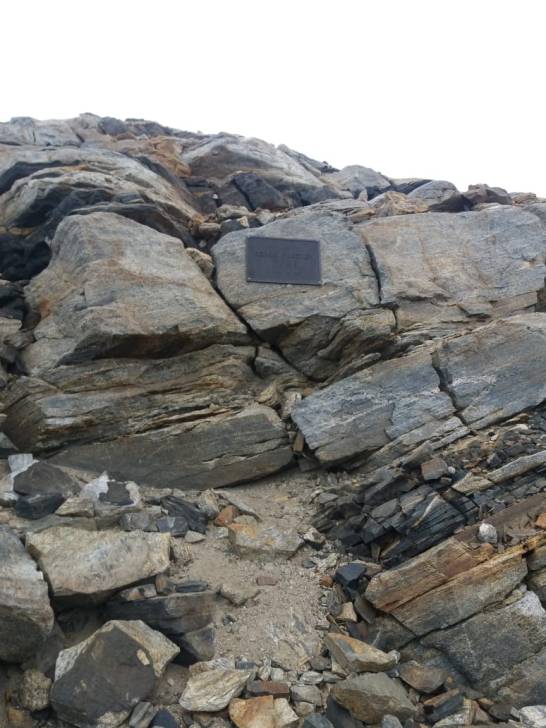 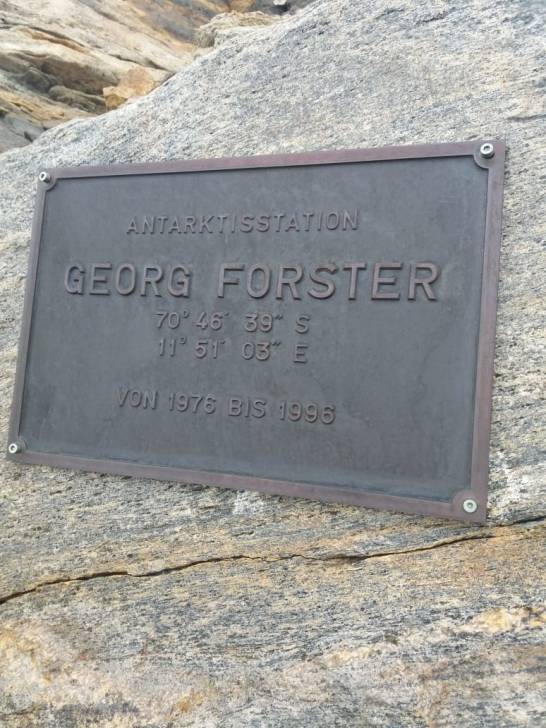 We searched for the Georg-Forster-Station’s memorial stone, but couldn’t find it. (Fotos: Andrey Mueller)

The Russians operate a guest house which can be booked through www.alci.co.za 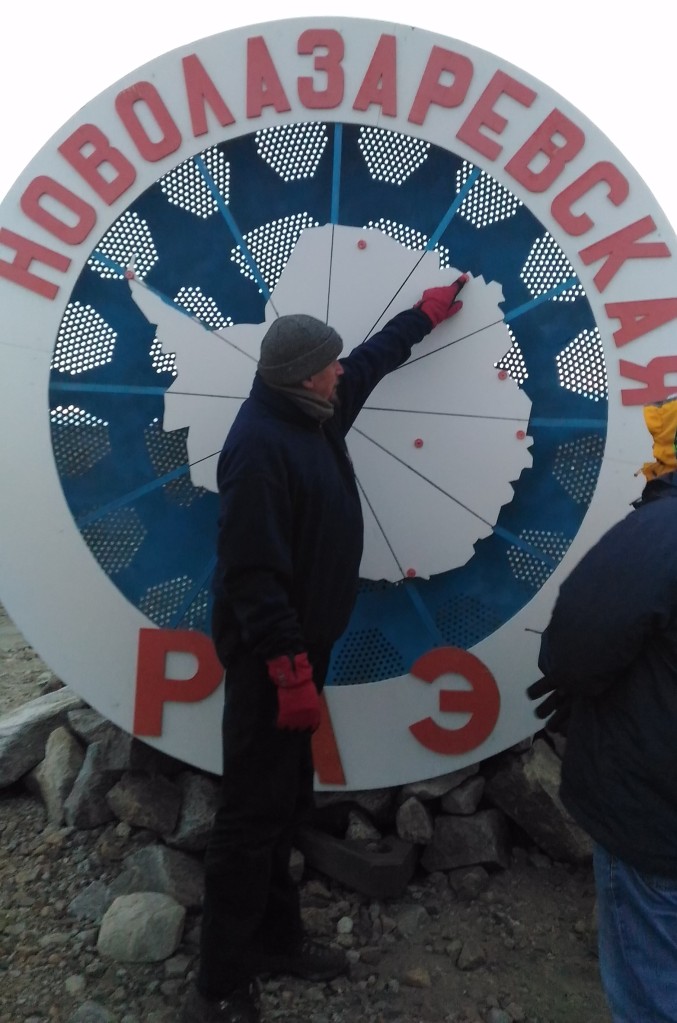 by Aleksey Tyltin, the resident computer and communications officer, who also runs his own blog Antarctica Online. 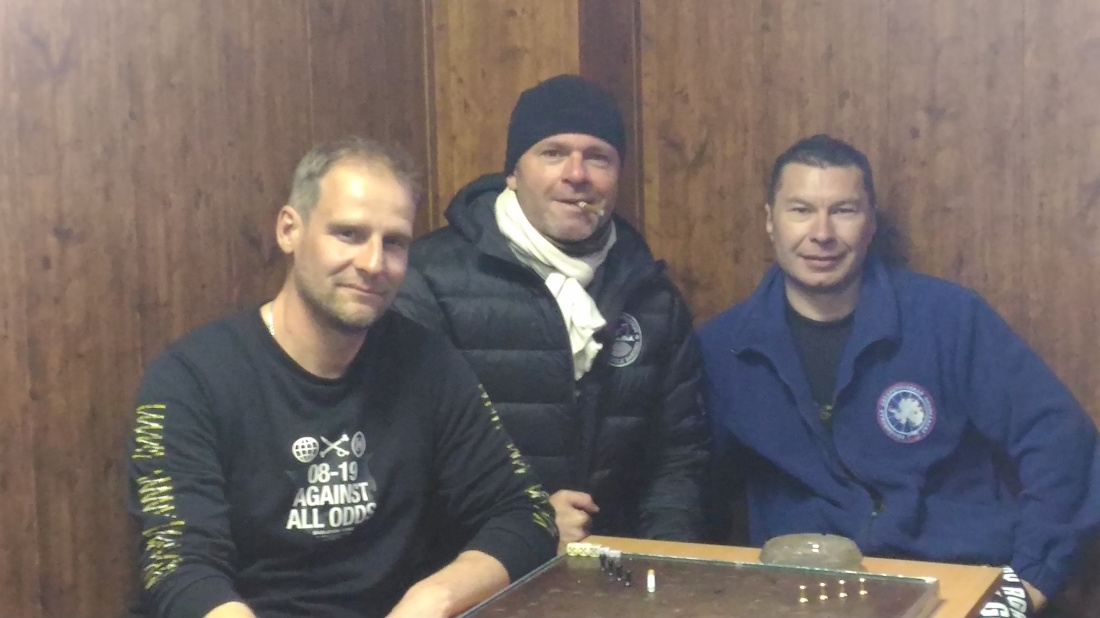 Smoking and playing chess with some of the tough Russian permanent staff.

Russian extreme traveler, designer, and famous blogger Artemy Lebedev (left) with the kitchen team who treated us with excellent borsht soup and lamb.

in the guest house.

A stone sculpture showing Russian and other nations’ stations in Antarctica.

The Baltic-German Fabian von Bellingshausen onboard MS Vostok, and his second-in-command Mikhail Lazarev onboard MS Mirny were the first explorers to see Antarctica in 1820. Today, “Novolazarevskaya” is considered the most attractive Russian station to work in … 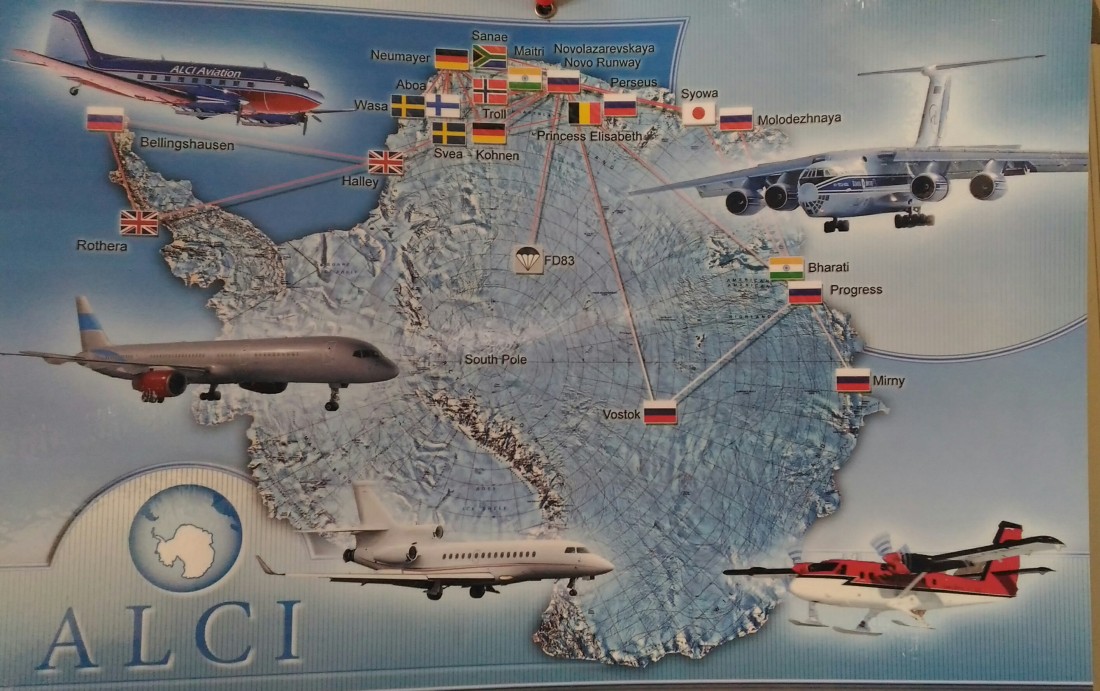 whereas “Progress” and “Vostok” (with temperatures down to -100°C) are the hardest. 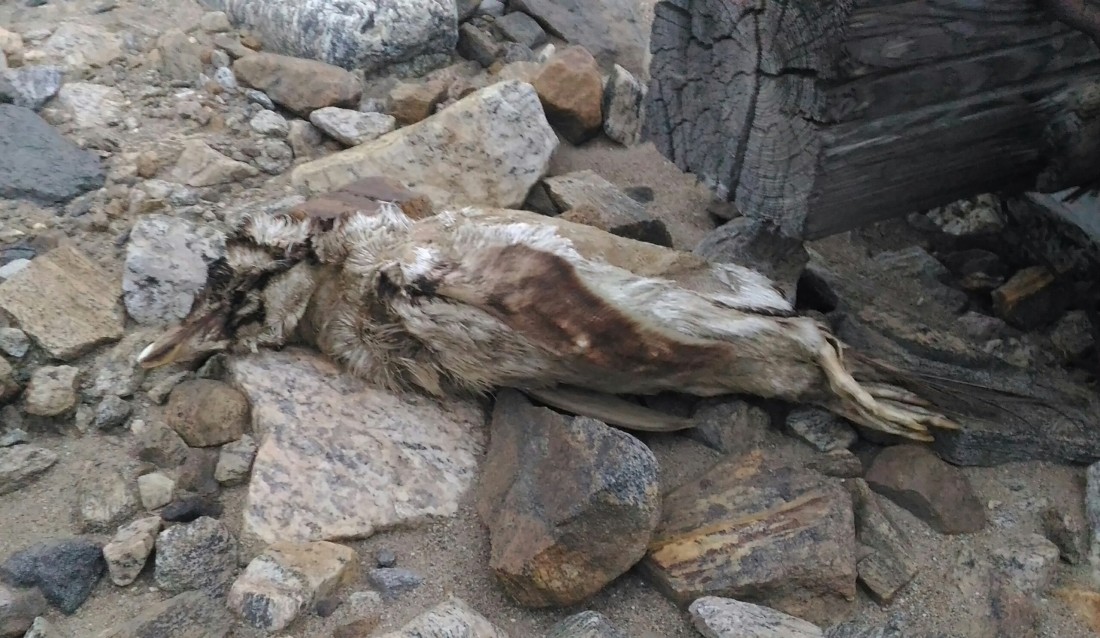 Adelie penguins occasionally visit the station as well, however we only saw the sorry remains of this feathered friend.

This video by the Russian state TV channel RTR Planeta talks about defeated National Socialist Germans (Secret Führer Convoy “Walküre II”) navigating in submarines to Antarctica in 1945, with maps of Piri Reis from 1513. Furthermore, the TV report speculates about NS leader families remaining (up to today?) in Neu-Schwabenland, after World War 2, hiding in their submarines within a “paradisical” secret ice cave harbor called “B-211”, following occult “Ahnenerbe” knowledge. Equipped with wonder weapons such as anti-gravitational “Vril” and “Haunebu” flying discs, they supposedly defeated US Admiral Richard Byrd’s Operation Highjump on 26. February 1947, in an epic battle.

Personally, I don’t really believe this narrative, and assume it may be Russian desinformation, in order to keep alive the myth of dangerous “Nazis”, who could only be defeated by the Red Soviet Army, and not by the Western Allies (quite true).

In reality, both Lenin and Hitler, and also WW1 and WW2, were designed clandestinely by the West, in order to defeat both Russia and Germany, who otherwise would easily challenge the current Western dominance, if working together.

This is a continuous geo-historic shpiel that goes back at least to Mayer Amschel Rothschild’s and Jakob Frank’s “Bavarian Illuminati”, Napoleon’s crazy campaigns against Russia, the British Ottoman “Crimean War”, Halford Mackinder’s “Heartland Doctrine”, and Zbginiew Brzezinski’s “Grand Chessboard”, currently culminating in the West’s attack against Ukraine & Donbass, for the agitation of Central Europeans against Russians in a “strategy of tension”. 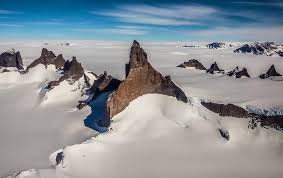 Wolf’s Fang = the spectacular Matterhorn in the Drygalski Mountains

“During the 1980s, it became increasingly important for the Government of Norway to have a permanent base in Queen Maud Land. The area had been annexed as a dependency on 14 January 1939, at the time mainly based on Norwegian whaling interests in the Antarctic.[12] From 1956, Norway operated the research station Norway Station,[13] but this was given to South Africa in 1959.[14] From the 1960s through the 1980s, Norway’s research activities in Antarctica were sporadic and without a fixed base. This gave the advantage that the research was not bound geographically,[15] but it weakened the Norwegian claim for Queen Maud Land and the right to participate as a consultative member of the Antarctic Treaty. In 1989, any party to the Treaty could ask for it to be renegotiated, and Norwegian authorities saw the need for a permanent base to strengthen Norway’s claim to Queen Maud Land.”

Spot the spin (on Wikipedia):

“When the war ended, the ship was taken by the British, and on 31 December 1946 it was loaded with poison gas ammunition, and scuttled in the Skagerrak.[9]”

“With a hanky in the Congo”